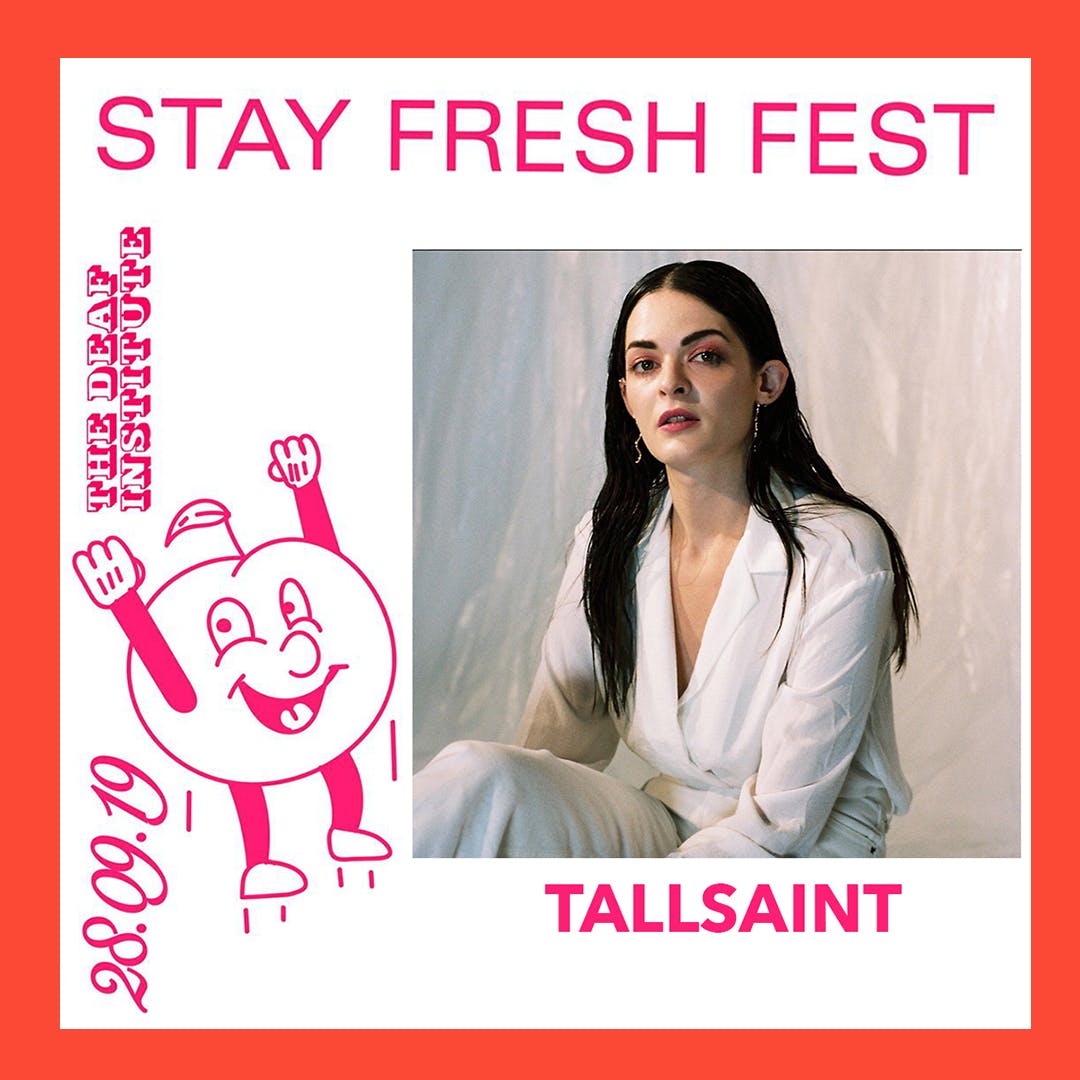 Hello Louisa, how are you?, what’s the inspiration behind your project name Tallsaint? How did you come up with it?

It’s the name of a song by The National who I used to listen quite a lot a few years ago when I was for sure a little more angsty. I’ve actually had the name Tallsaint written down to be used for something much longer than me as Tallsaint became a thing. I was really drawn to the song title and the lyrics in this particular track originally because I really like the National’s ability for real conversational but poetic lyricism. I wouldn’t say I’m particularly influenced by them musically, as my style is pretty different, but I still really appreciate the poetic nature and concepts of their tracks and how they make me feel.

You released your EP ‘Hard Love,’ this year on Leeds based record label Dance to the Radio. What is it like working with a local record label in your native Leeds?

It’s certainly very cool to have your label not far from you. I feel I’ve really come into my own and found my own identity both as a songwriter and an artist since working with Dance to the Radio. They have been so great at working with me to form that. Both by giving me the freedom to showcase who I am as an artist, but also pushing me to make decisions that have helped form what Tallsaint sounds like and is about too.

That sounds amazing that they give you so much freedom as an artist! From this freedom can you describe the music-making process in Tallsaint?

There’s been different processes for different tracks. ‘Warm Skin’ for example, started as an experimentation to limit myself in what instruments I was using in an arrangement. So, I sound tracked my cat walking around using 1 bass synth patch, and this ended up forming the whole song. ‘Hard Love’ + ‘I’m a Woman (Afterall)’, were built around 30 seconds – 1-minute instrumental loops that my very best+trusted producer pal (who also plays in the live version Tallsaint) J O S H U A handed to me, and then I toplined and built the tracks up from that starting block.

Wow! that’s amazing, who would have though your cat walking around would be so influence to your music making! LOVE IT! Can you tell me anything about how you write lyrics, make hooks or make beats?

I constantly write lyrics on my phone. I have many, many folders of different things. Song title ideas, phrases I like the sound of, things people have actually said to me in conversation. Sometimes things people have said and not realised I’ve heard it too. Hook and melody writing come quite naturally to me, and I quite often can improvise something to act as a topline on a track very quickly, but I think I can also be a fierce editor of melodies. It’s rare that I will ever keep the very first topline I come out with. The chorus of Hard Love for example was perhaps the 5th version of that topline?

Was it a different experience from any previous projects?

Yes, it’s not like anything I’ve done before. Stylistically, I’ve been really pushed but actually I feel so much more like I’ve found my identity as an artist and songwriter. As I mentioned before my co-producer who worked on the EP alongside me got me into listening to so much more music that completely inspired me to push they context of what I was creating.

Who are the major influences behind Tallsaint’s music? Is your music inspired by more contemporary artists or older ones?

I would say more contemporary artists. I completely love whatever Charli XCX does, she’s a massive influence for me as she’s really pushing the boundries of what pop music is. I also really love Empress Of, Christine and the Queens, St Vincent, Grimes. The list is big but there’s a few for you. I also really love pop music from 2000 – 2003 inclusive of Kylie, JLo + Samantha Mumba.

Which musicians inspired you to be a musician and why?

I’m not sure about inspired past tense, as I’m pretty sure I always wanted to be a popstar. I used to do a great impression of Sophie Ellis-Bextor when I was younger. St. Vincent is a massive inspiration to me present tense; her album trajectory is just stunning and she just keeps getting better and better.

Love Sophie Ellis – Bextor and St. Vincent, such wonderful artists!
With festival season coming to a close, can you tell us your favourite festival moment of the year?

I wasn’t there, but, Christine and the Queens set at Glastonbury was one of the best things I’ve ever watched. I watched it at least 3 times.

Thanks for interview, can’t wait for the set Stay Fresh.