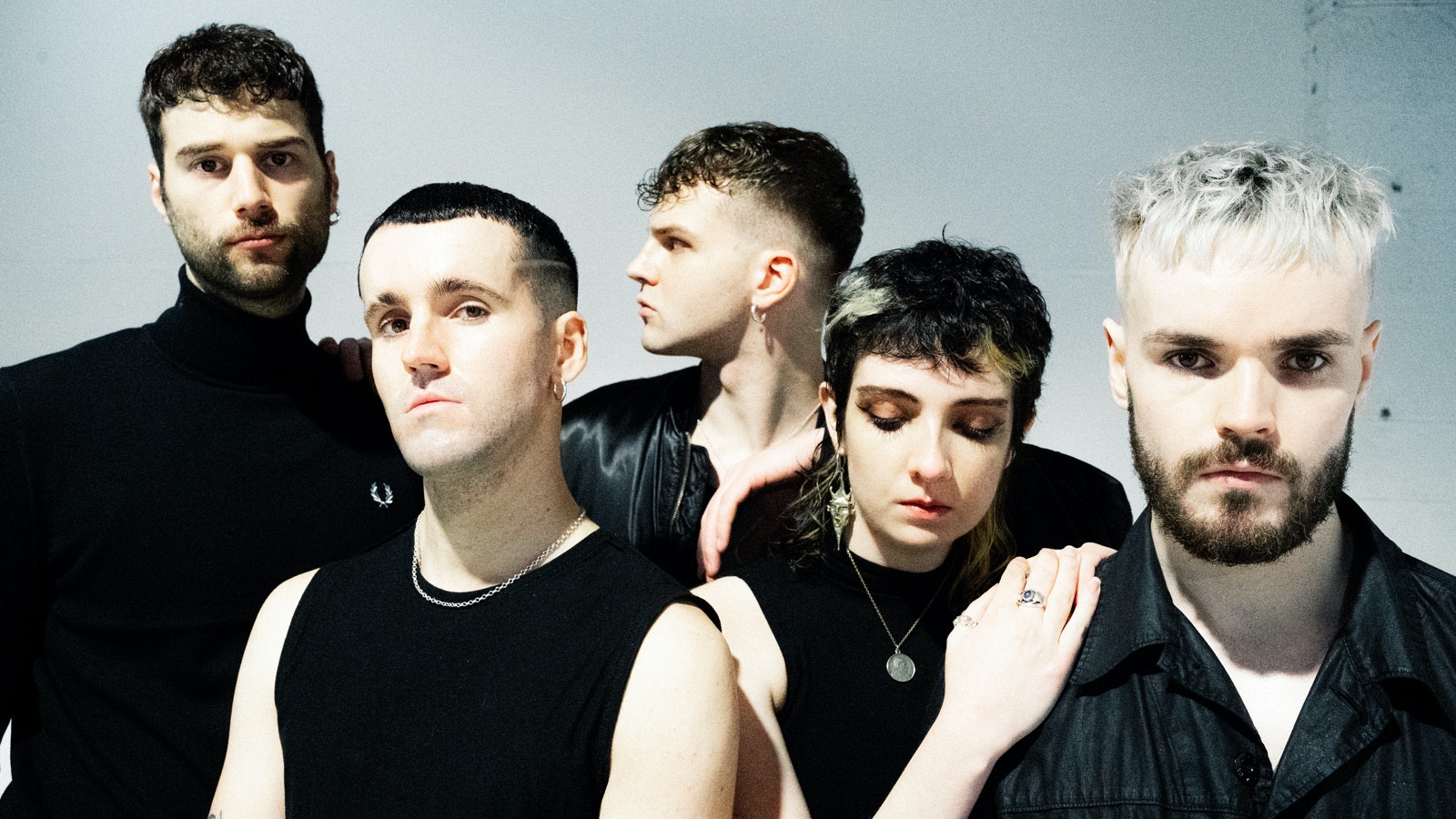 Are you ready to discover your new favourite live band? Vlure are hands down one of the most exciting new artists out on the gigging scene right now and it’s a huge pleasure to welcome them to the Deaf stage for a headline show on 23 November.

Vlure defy the rules, rip up the trends and create new ones. With a certain honesty and a manic vulnerability, they confront you and get under your skin. They make you feel things, the way music should. The Glasgow five piece blur the lines between live electronics, jarring guitars and the performance sensibilities of their post punk contemporaries. Synth laden hooks and club influenced rhythms find their way twisting around emotionally confronting lyrics. Their dedication to audience engagement and chest pummeling presents itself in an intense, yet life affirming live show.

Debuting as a live project, the group made their first appearance at 2019’s The Great Escape Festival in Brighton; holding life to account in the basement of The Queens Hotel, and in the halls of ‘Showcasing Scotland’s One Church. Since then, the band have taken their set to UK festivals and showcases across the calendar, selling out a string of hometown headlines in Glasgow and another in Edinburgh. London dates with ‘We’ve Never Heard Of Ya’ & ‘Permanent Creeps’ saw their word of mouth buzz reverberate through the capital.

A few months after forming Vlure introduced themselves to the world with their first audio / visual offering. Avoiding the more conventional means of releasing a single from the off, the band opted to present a live version of their track “Desire”, captured in beautiful cinematography from the loading bay of their studio space in Glasgow. The video offered a keyhole view into their captivating and performative live shows; a group of best friends and two brothers performing the first song they played together in the building that they formed.

The video received initial support from the likes of Fred Perry & Tenement TV (No. 19 in Tenement TVs best 50 tracks of the year / 2020 Vision showcase artist) and was aired as ‘X-Posure’s ‘Hot One’ by Radio X / DJ John Kennedy. Pre-Covid the band were tipped as one of Vic Galloway’s (BBC Radio Scotland / 6 Music) ’25 Artists For 2020′.