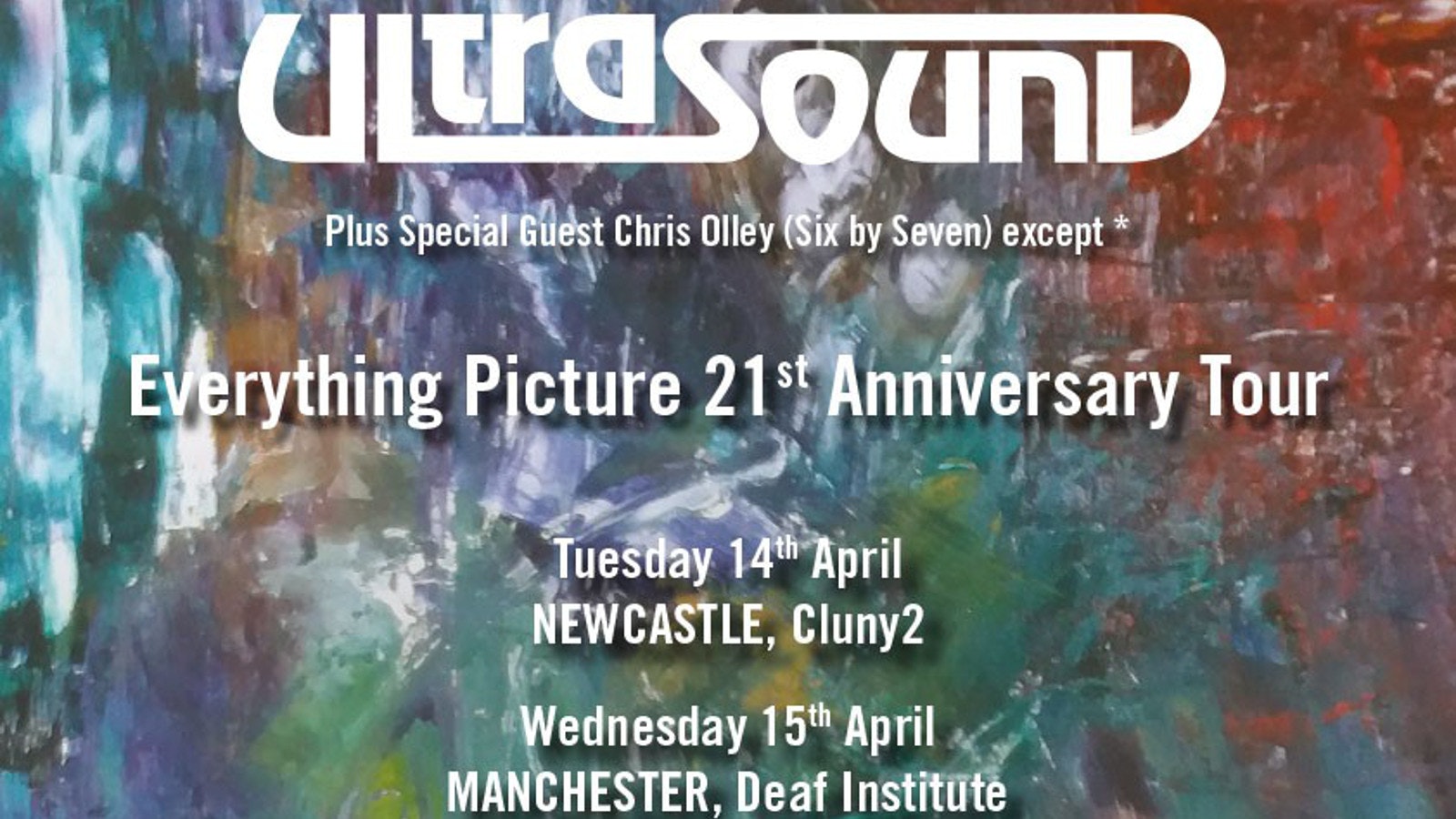 The Deaf Institute
14+
Share
Buy from Fatsoma
Buy from SeeTickets

Ultrasound: A band. Not any band, a band emitting a swaggeringly ambitious whirlpool of Sui Generis. One part audacity, one part a call to arms and of course one part cherry lipstick. Pucker up people. PR humans have sought to define the band and fallen short as journo perplexity saw them reference post-Britpop, prog, glam and punk but Ultrasound will always bewilder and confound as they surf the chromatic spectrum.

Factoid number one is that the band initially came together in London during the Summer of Britpop, after meeting at College in the North of England. After releasing their first single on legendary indie Fierce Panda they became the “victims” of music industry buzz, culminating in them signing to Nude records, and releasing their double album “Everything Picture”. The sheer ambition of releasing a double album as their debut confused the hacks but with support from the Nude gang, the album won hearts and minds and reached number 17 in the charts (that’s factoid no.2 folks). With public and press recognition they made appearances at all the major festivals and played a slot on “Later with Jools Holland” – look it up on YouTube folks. Having accomplished all they set out to achieve the band went their separate ways for TEN years and allowed the legend to simmer. Over the course of time, Everything Picture grew in popularity and the anthems ‘Same Band’, ‘Fame Thing’ and ‘Floodlit World’ began to be recognised as “lost” classics.

Upon hearing that Tim Smith of the Cardiacs was ill, Ultrasound decided to reform for a benefit gig and discovered that the world seemed to have caught up with their music, and their debut album was starting to be regarded as a cult classic of the 90’s. Since then they have recorded two highly regarded albums “Play For Today” (2012) and “Real Britannia” (2017), and toured several times headlining their own sell out shows.

Having bought up the rights to their first album, the record label One Little Indian have decided to commemorate its 21st anniversary by re-issuing it along with many exciting extras, and to coincide the band will be playing live in 2020.