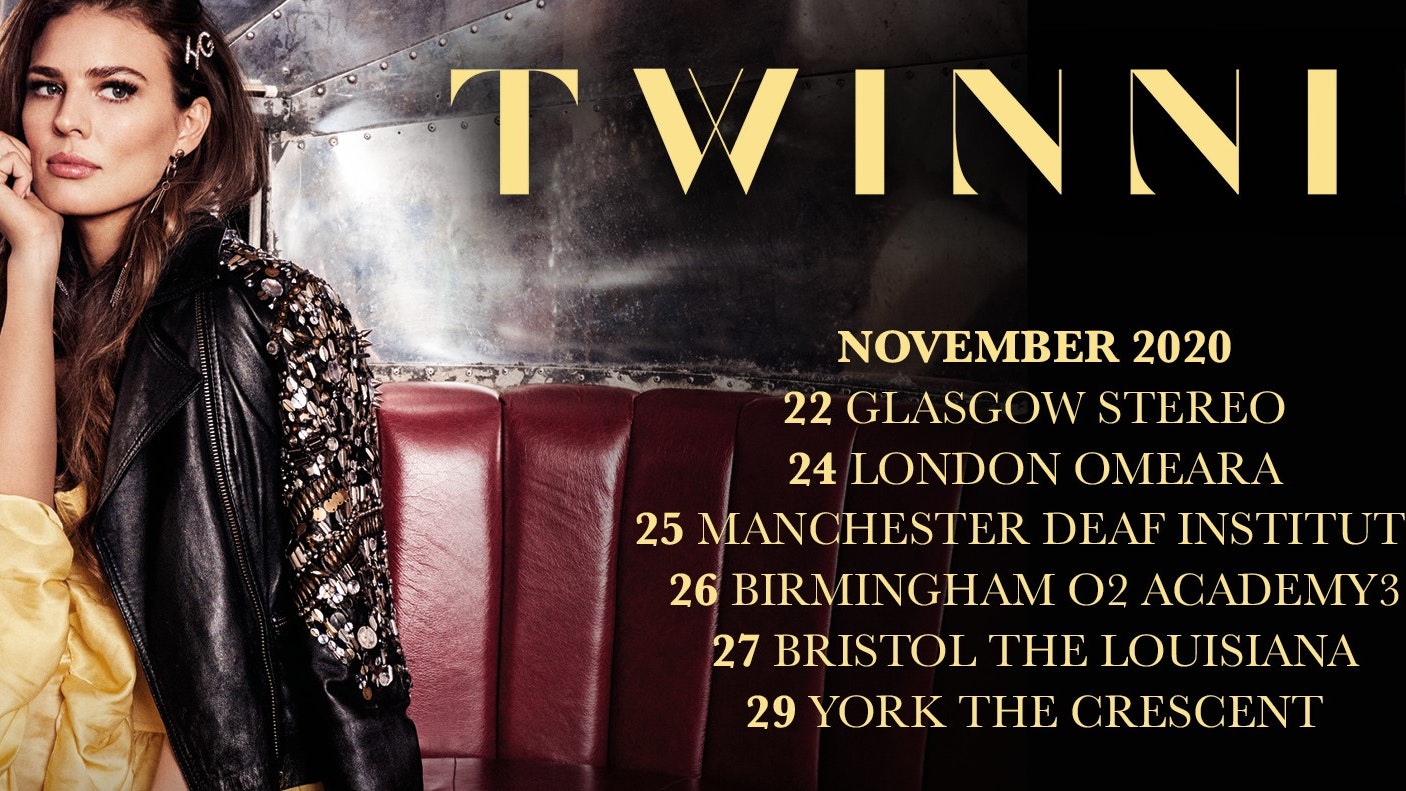 A Golden Voice and SJM present:

Already Rolling Stone’s stand-out act at this year’s Country2Country festival & widely acclaimed for her extraordinarily relatable lyricism. As well as accompanying Brian May & Roger Taylor onstage in the West End production of We Will Rock You, Twinnie has toured as a backing vocalist and dancer for the likes of Justin Timberlake, Pharrell & Robin Thicke, Michael Bublé & The Wanted. Her vocals appear on Jamie Lawson’s album & she can be seen in Oscar nominated film The Wife, (alongside Glenn Close, Jonathan Pryce & Christian Slater).
Though steeped in country, her songs demonstrate powerful pop with bewitching stories, straying into rock & embracing electronics. “To me country is more about storytelling than a sound,” says Twinnie. “I come from a family of storytellers – I have Romany Gypsy ancestry. I love talking to someone & hearing their tales. More than anything else I look for the truth.’
Her honesty is evident on the Meghan Trainor-like ‘Type Of Girl’ & the anthemic ‘Better When I’m Drunk’, in which she openly recognises her own imperfections. Piano ballad ‘Superhero’, co-written in Nashville with Lucie Silvas & Jeremy Spillman, sees her lay bare her feelings about love, whilst ‘Social Babies’ criticises one’s reliance on social media.
“To sing my own songs & people sing them back to me has always been the ultimate dream. I either want to break people’s hearts or make them dance – or both at the same time.”