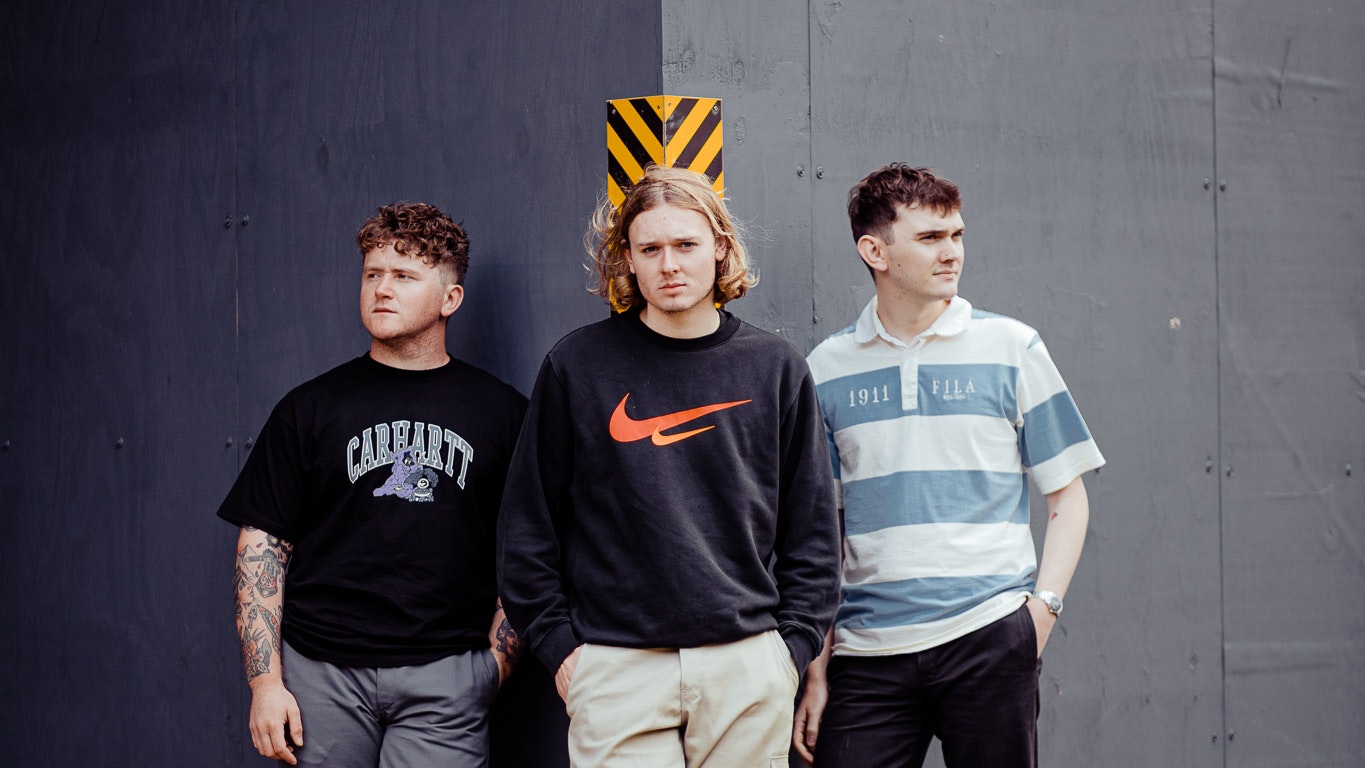 Armed with a forthcoming debut EP full of biting, streamlined indie -all taught, propulsive rhythms and witty, acerbic vocals -the omnipresent backbone of small town living lies front and centre in everything that Lincoln trio The Rills create, from their tales of ‘Stardog’s and ‘Skint Eastwood’s to the driving ambition to make something bigger of themselves that rings in every cutthroat riff.If you can take the band out of Lincoln, then you can’t take the keen eye for wayward characters and hometown anti-heroes out of the band, and nor should you want to. Having spent the past 18 limbo months cultivating a fervent online following (their joke-filled TikTok currently stands at a not-too-shabby 4 million likes), now The Rills -vocalist/ guitarist Mitchell Spencer, bassist Callum Warner-Webb and drummer Mason Cassar -are ready to pick up that mantle and run with it. “Growing up in a small town has had such a huge influence on the way I approach songwriting,” Mitch begins, “and, coming from there, we always felt like the underdogs. No-one ever does anything from Lincoln, so we had to be the ones to make it happen.”