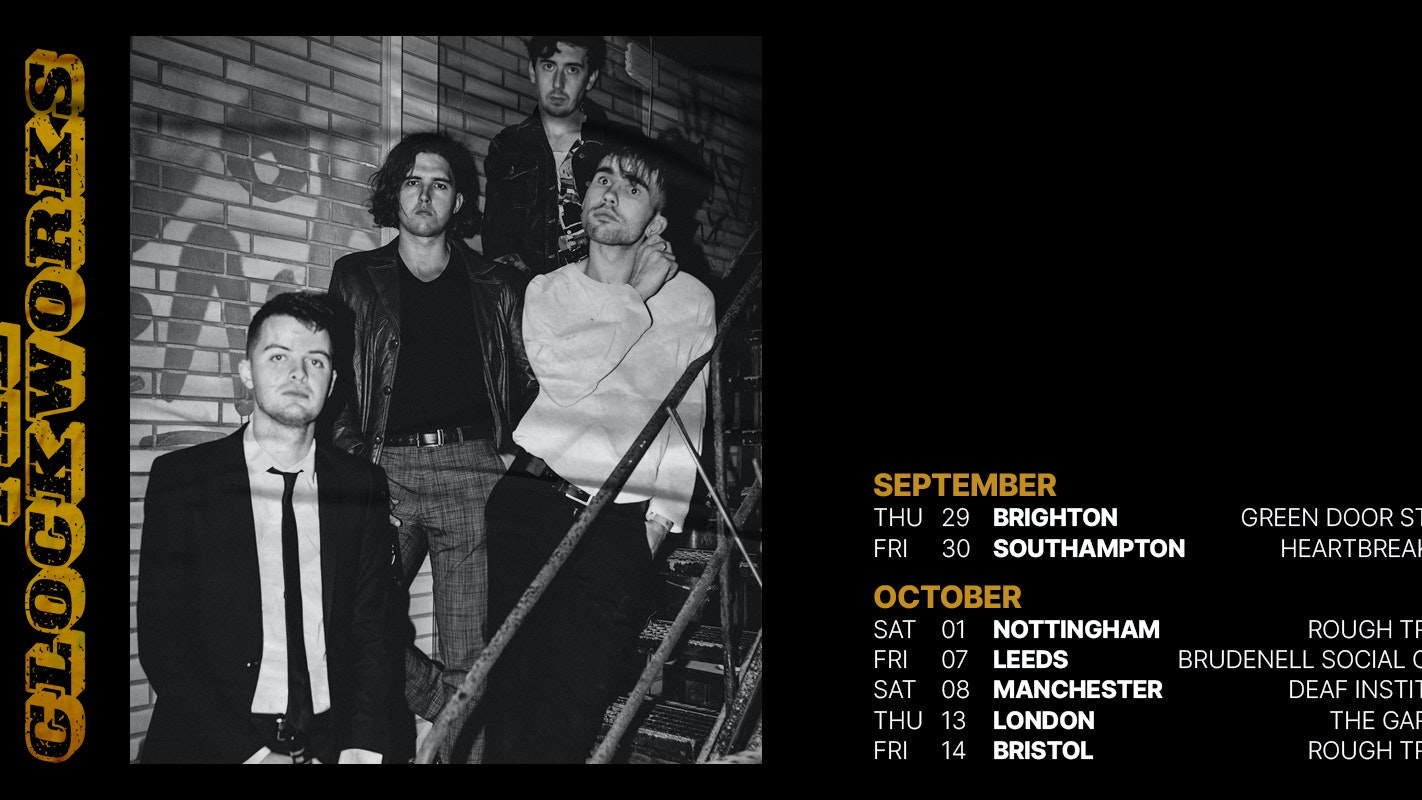 -Formed in Galway and now living in London, The Clockworks are James McGregor(Vocals/Guitar),Sean Connelly(Guitar), Damian Greaney(Drums) andTom Freeman(Bass). Making a unanimous decision to find their break in the UK capital, it proved a good one. Relocating in 2019, the quartet were signed by the legendary Alan McGeeal most overnight.Described by NME as “sh**-hot”and praised by CLASH for their “ferocious sense of purpose, with the careering post-punk guitar lines”, The Clockworks have unfurled a string of impeccable singles since their partnership with McGee began; gaining ground at-pace with the likes of “Feels So Real”, “Enough Is Never Enough”, “Can I Speak To A Manager?”, “The Future Is Not What It Was”and more in their growing arsenal.Also hotly tipped by titles including The Guardian, The Independent, and Hot Press, the band have received frequent support from national radio stalwarts including BBC Radio 1’s Annie Macon her “New Names” showcase, BBC 6 Music’s Steve Lamacq on his ‘Recommends’ show, and received day-time radio play on RTÉ 2FM, and impressed the legendary Rodney Bingenheimer on Sirius XM.Impressing audiences in the USA as support to the legendary Pixies and then in Austin’s SXSW, across Europe with exhilarating sets at festivals including Eurosonic and Electric Picnic, a huge support slot at Sefton Park (Liverpool) with Kings of Leon, and a notable televised appearance on Sky 1’s Soccer AM; plus a number of UK support shows with The Reytons earlier this year, The Clockworks are now preparing to hit the road for a number of European shows and Summer of festival appearance’s inc. Pukkelpop and The Great Escape