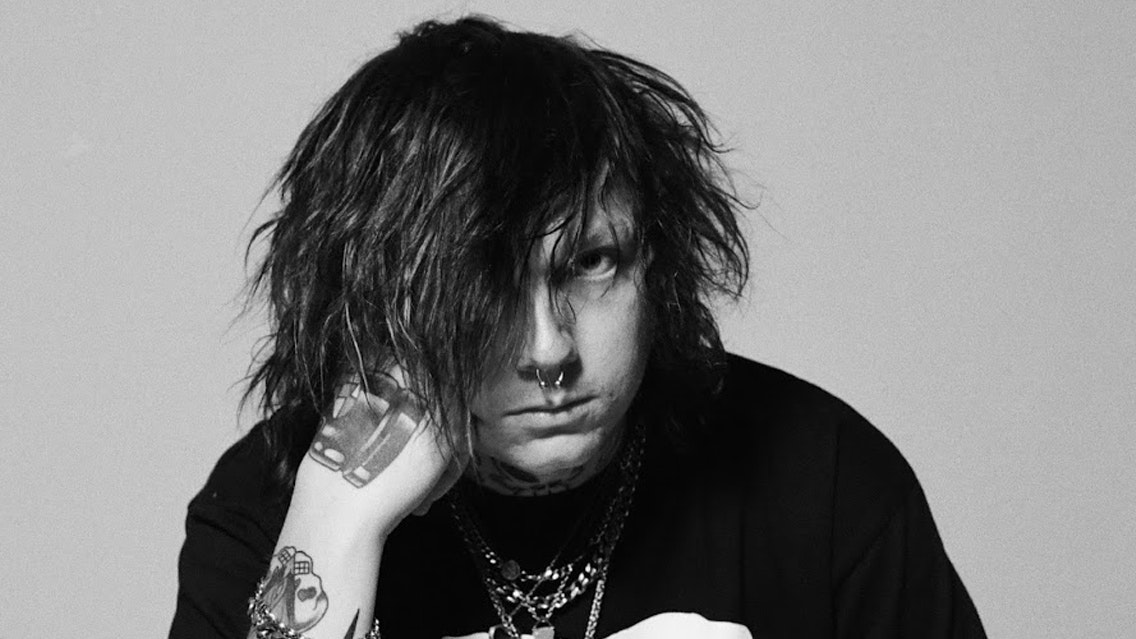 This show has moved from Gorilla due to essential Network rail maintenance, original tickets valid for entry.

The gold-certified channels the spirit of ‘90s pop-punk through a 21st century lens, tapping into the unpredictability of hyper pop, the catharsis of hardcore, and a whole lot of hip-hop finesse. After generating nearly 1 billion streams and receiving praise from the likes of Rolling Stone, NYLON, Alternative Press, Billboard and OnesToWatch, Sueco is preparing to release his 2022 second full-length album, It Was Fun While It Lasted via Atlantic Records.

Growing up in Pasadena, Sueco experienced music for the first time in the church where his dad served as choir director, played guitar, and sang. After receiving Rock Band one Christmas, he crushed expert level at 100% on the drums and soon found himself behind the kit at church. He drummed in jazz band and held down centre snare in marching band at school. Green Day’s American Idiot opened up the floodgates of inspiration as he caught A Day To Remember in concert any chance possible. At 14-years-old, he wrote tunes of his own on guitar. Residing in a primarily Spanish-speaking neighbourhood, he received the name “Sueco” (meaning “Swedish” in Spanish) in deference to his heritage.

His debut single “Fast” blew up in a big way during 2019. It captured #1 on TikTok, #1 on Spotify’s Viral 50 — Global, and #1 on the Viral 50 — US, reached gold status, and attracted Offset and A Boogie Wit Da Hoodie for its high-powered Official Remix. On the heels of his first full-length project MISCREANT, he teamed up with Ty Dolla $ign, Wiz Khalifa, and Lil Yachty for “Speed Of Life,” Papa Roach on “Swerve” [feat. FEVER 333 & Sueco], and Illenium on “Story Of My Life” [feat. Sueco & Trippie Redd].

Along the way, he assembled what would become It Was Fun While It Lasted with producers and cowriters such as John Feldmann [Machine Gun Kelly, Avril Lavigne, Jxdn, 5SOS] and Colin “DOC” Brittain [5SOS, Papa Roach]. He paved the way for the album with “PRIMADONA,” “SOS” [feat. Travis Barker], “Sober/Hungover” [feat. Arizona Zervas], and “Paralyzed.” Spotify’s “New Music Friday” plugged the latter, and it marked his first entry on Billboard and Rolling Stone charts, tallying 56 million Spotify streams.

Ultimately, Sueco provides reprieve and release when it’s needed most and you can see it for yourself in London and Manchester this August.