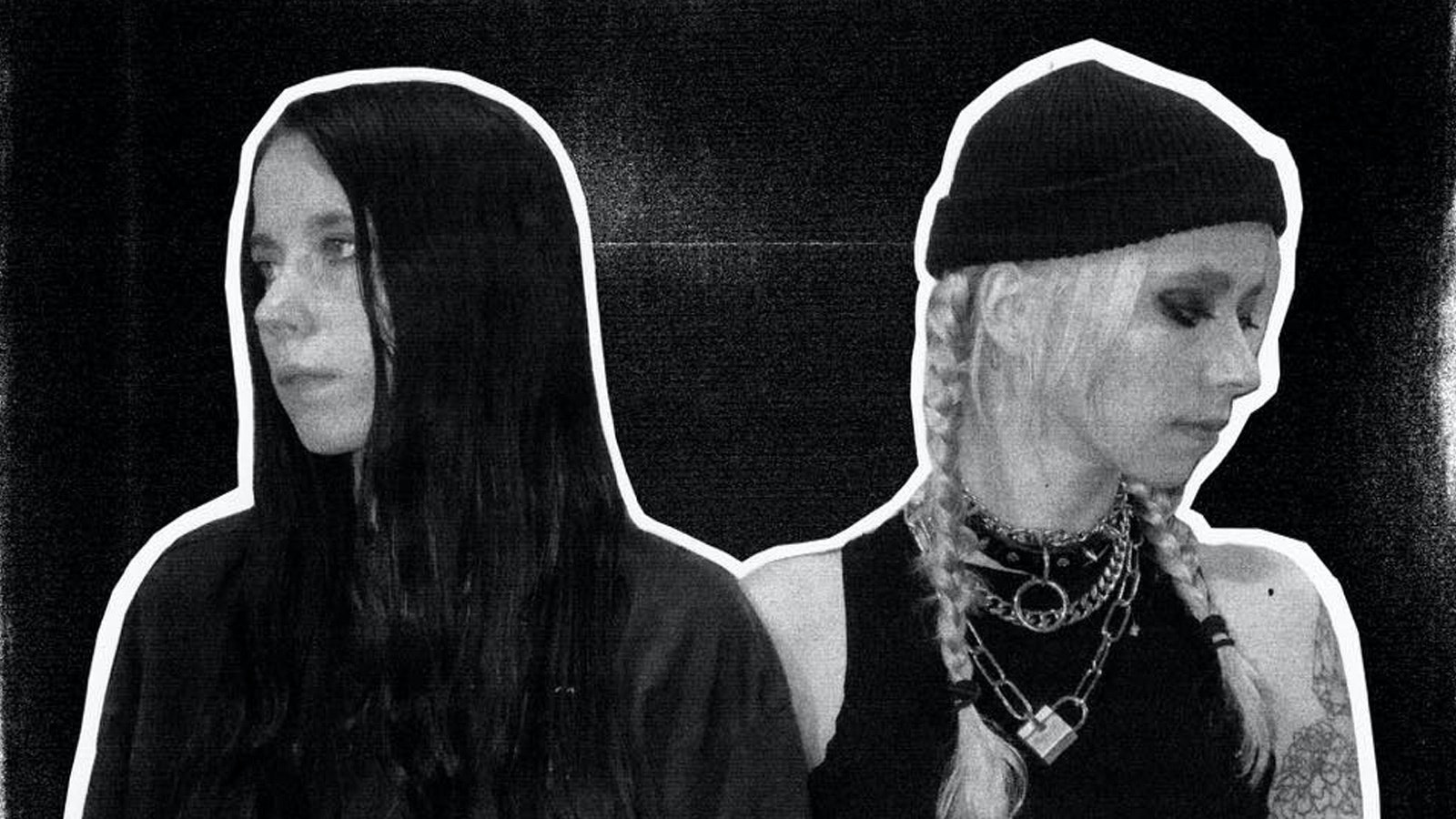 Canadian alternative rock sibling duo Softcult have released a couple of perfectly dark pop singles to date and are set to hit the UK with a full live show landing in Manchester on 13 May, rescheduled from 23 Feb. Original tickets valid for entry.

When the world came to a screeching halt in early 2020, twin sisters Phoenix (She/They) and Mercedes Arn-Horn (She/Her) saw the opportunity to begin anew. After more than a decade of making music together, they seized the opportunity to explore something new and different, not knowing where the road would lead them.

“Mercedes and I had been considering launching a new project, but when these songs started coming to life, we instantly felt an excitement and passion that had been unknowingly missing for such a long time,” Phoenix says.

From the get-go, the sisters knew shaking things up was essential to keep them engaged with the project. This isn’t to insinuate they had been previously coasting, but several different factors seemed to work in their favour.

“You don’t get too many chances to start over. I’d say the biggest difference with Softcult was the fact that it was something that grew in the studio, as opposed to the road,” Mercedes says. “Pre- viously, the studio was the vehicle to get back on the road where this time around, we allowed the studio to become an extension of what it was we were looking to do. It was rewarding in a whole different way.”

Driven by the upheaval that seemed to dominate the bulk of 2020, including the mobilization of the Black Lives Matter movement that resulted from the killing of George Floyd, as well as the social and financial inequality exacerbated by the pandemic, the sisters found themselves channeling their frustration with the world at large into the music they were creating.

“Softcult is very socially and politically driven,” Phoenix says. “A lot of others seem to talk the talk but then never match actions with their words.”

“We did our best to not overthink the songs and just see where they led us,” Phoenix says. “There was no question that there are dark undertones to the material, but we are also infinitely more confident that these are the right songs for the right time.”

The duo’s forthcoming EP release, Year of the Snake, effective- ly captures that disillusionment. Acknowledging the songs were darker in feeling in comparison to the duo’s debut EP, Year of the Rat, the sisters agree they were considerably more confident of their sonic footing with these new songs.

“We definitely feel as though we’re coming more into our own. If you looked at Year of the Rat as being an adolescent, this new EP has seen us grow to young adult,” Mercedes says with a laugh.

“The most important thing is that we don’t want to feel as though we’re treading water,” Phoenix offers.

On the guitar-driven, grunge-tinged “Spit It Out”, Softcult look to do away with detrimental societal norms that have, in many instances, endured because they were never called out or questioned.

“’Spit It Out’ is all about rejecting harmful norms in our society,’ Mercedes says. “We’re conditioned to believe certain things from the time we’re young, especially concerning classes and capitalism. But if you never challenge those norms, nothing will ever change, and injustices will persist.”

Meanwhile, the vocals swirling around the sentimentally melodic “House of Mirrors” show that aforementioned depth the duo have found with their newest material.

“This song comes from more of an emotional place,” Mercedes notes. “It stems from feeling as though you’ve somehow disappointed people you love or those people that believe in you. I think everyone has an idealistic view of how life is going to go and then you come to realize things don’t always work out the way we plan.”

The brash “BWBB” (Boys Will Be Boys) tackles the sensitive yet timely subject of gender-based violence and how so many males get let off the hook for their mistakes in circumstances where greater punishment is called for and warranted.

“It’s infuriating to see the continued hollow justification of gen- der-based violence,” Phoenix says. “It’s rooted in misogyny, and it seems as though we’re stuck in this ongoing dance of one step forward, two steps back. We have no choice but to keep pushing ahead.”

Elsewhere on Year of the Snake, Softcult balances their biting social commentary with the more introspective songs “Perfect Blue” and “Gaslight.” Complemented by their powerful vocal har- monies, “Perfect Blue” shows a depth to the duo’s songwriting that gradually reveals itself as the song progresses. Meanwhile on “Gaslight,” a refrain of “I don’t know what I’m doing” anchors the rhythmic track as the song’s narrator attempts to discern reality from what it is they perceive.

Unafraid of using their music as a force for good in the world, the socially-minded Softcult is ready to turn the world on its ear.