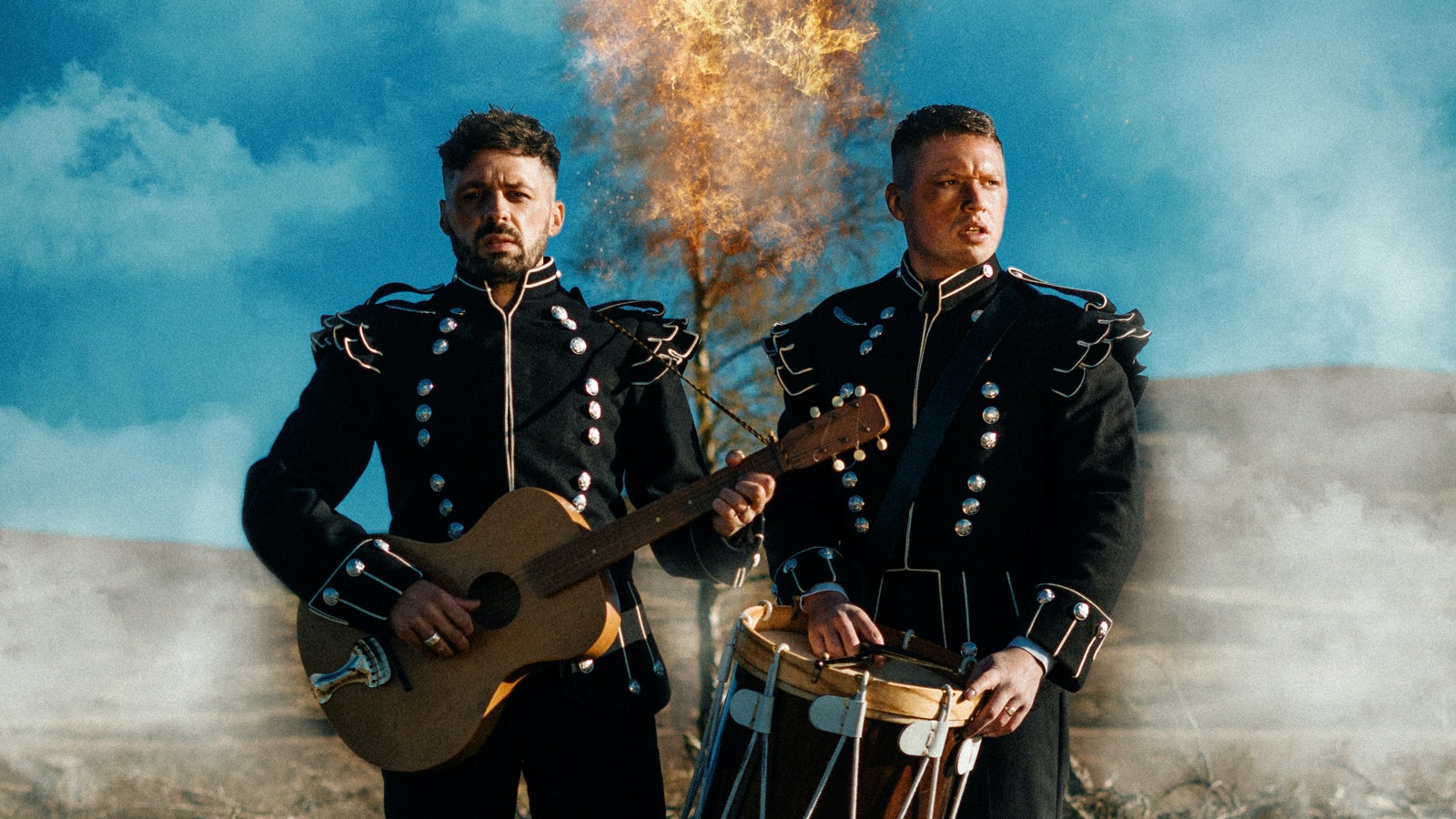 Siblings share harmony in its purest form. Their connection runs as deep as blood—and maybe even deeper. A brotherly bond drives the music of SAINT PHNX. The Glasgow duo of Stevie and Alan Jukes feel everything twice as hard together. Those mutual feelings inform the pair’s skyscraping alternative pop uplifted by towering hooks, eloquent songcraft, and energetic instrumentation. After gathering tens of millions of streams, touring with some of the biggest bands in the world, and receiving acclaim from Clash, Alternative Press, and more, the group welcome everyone into their family on a series of 2021 singles for Atlantic Records.

“For us, everything stems from the fact we’re brothers,” exclaims Stevie. “We’re always fooling around and having fun. It’s the same for anybody who has siblings, cousins, or friends. It all comes down to camaraderie. We’re thankful to have a really tight family.”

“And that’s the most important thing,” agrees Alan.

Stevie and Alan discovered music together. Their late father introduced them to Michael Jackson, The Beatles, Bruce Springsteen, David Bowie, Bob Dylan, and U2. Among countless found memories, they recall camping trips where pops grabbed an acoustic guitar and sang with friends.

“As my mother always said, ‘You have to take Alan with you when you get a job’,” laughs Stevie.

“As family, we’re allowed to say what we want we want to each other…not without a few punching and kicking matches though,” grins Alan.

They developed a local following under the name Vigo Thieves and even realized an ambition to play Scotland’s biggest festival, T In The Park, not one, but three times. Along the way, they hustled hard, performed countless gigs, and even touched down on U.S. soil to write in Las Vegas. Reborn as SAINT PHNX in 2016, the duo served up their single “KING” and eventually garnered over 19 million Spotify streams and counting. In between touring with Yungblud and opening for everyone from Lewis Capaldi to Imagine Dragons, they unveiled their independent full-length debut, DDMN, in 2020.

In the middle of their international rise, their dad was diagnosed with pulmonary fibrosis, which is a terminal lung condition. The boys had initially encouraged him to move to a warmer client, but he chose to stay in Glasgow, bought land in the Tinto Hills, and built a house. He turned the room above the garage into a studio where Stevie and Alan wrote, recorded, and remained close to him. During this time, they recorded “Happy Place” as dad cheered them on.

When their father was sent to intensive care, they were called in to say goodbye and played him the song.

“He kept saying, ‘Just don’t stop. Keep going. You have to finish your music. You have to finish what you started’,” says Stevie. “On the day we finished the song, we got a phone call he was going to pass away, so we went to the hospital to say goodbye one last time. We played him the song on his death bed, and it was very comforting. Not long after, the song and the story made it to Atlantic Records.”

Now, “Happy Place” tells this story on the grandest scale possible. Over delicately plucked acoustic guitar, the first lyric resounds, “Over the hills and far away, looking out for a better day. When it seems like there’s no escape, take me to my happy place.” As the beat kicks in, the song builds towards a nostalgic stadium-size chant.

“One day, I came into the house, and my dad was sitting on the couch,” says Stevie. “He was looking out of the window at the beautiful hills. He had peace of mind in the house he created. It was his happy place. Our happy place is making music in the studio he built for us. After this Pandemic, everybody needs that. We want you to find yours.”

“Above all, we want people to know we’re proud to have a wonderful mother, father, and healthy family,” Stevie leaves off. “There’s always a happy place you can go in order to feel better.”

“We want people to take comfort in what we’re doing,” Al concludes. “We strive to make everybody feel good. If we can lift you up in any way possible, that’s our main goal.”