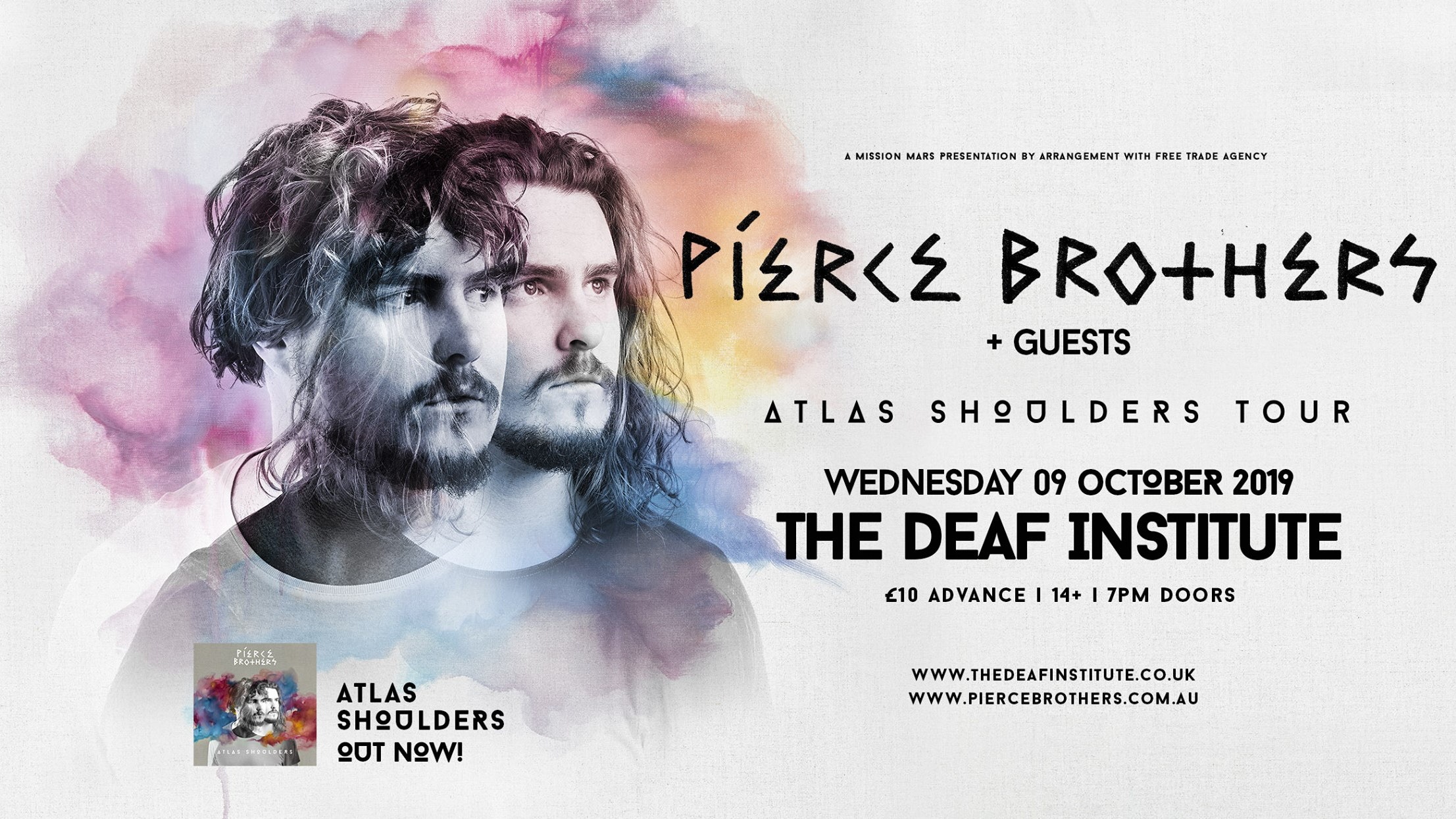 Pierce Brothers have taken their unique brand of folk music from busking on the streets of Melbourne to the world.

Comprising of twin brothers Jack and Pat Pierce, the multi-instrumentalists have been shaking dance floors and selling out rooms across UK, Europe, Canada, USA & their native Australia.

Their irresistible energy and world-class live show has generated a word of mouth buzz not seen for some time.

2017 EP ‘The Records Were Ours’ came in at #9 on the ARIA chart after topping the iTunes charts across the globe. The same year saw the brothers embark on a huge North American tour in support of Tash Sultana. This led to the band signing with Paradigm agency who booked their first North America/Canada headline tour in 2018This year Pierce Brothers will release their highly anticipated full-length debut album through Warner Music.

Featuring writers Garrett Kato, Ash Grunwald and Jan Skubiszewski the album was recorded over a week in Byron Bay. In anticipation of the album release, Pierce Brothers have hit the road for a massive Europe/UK headline tour.