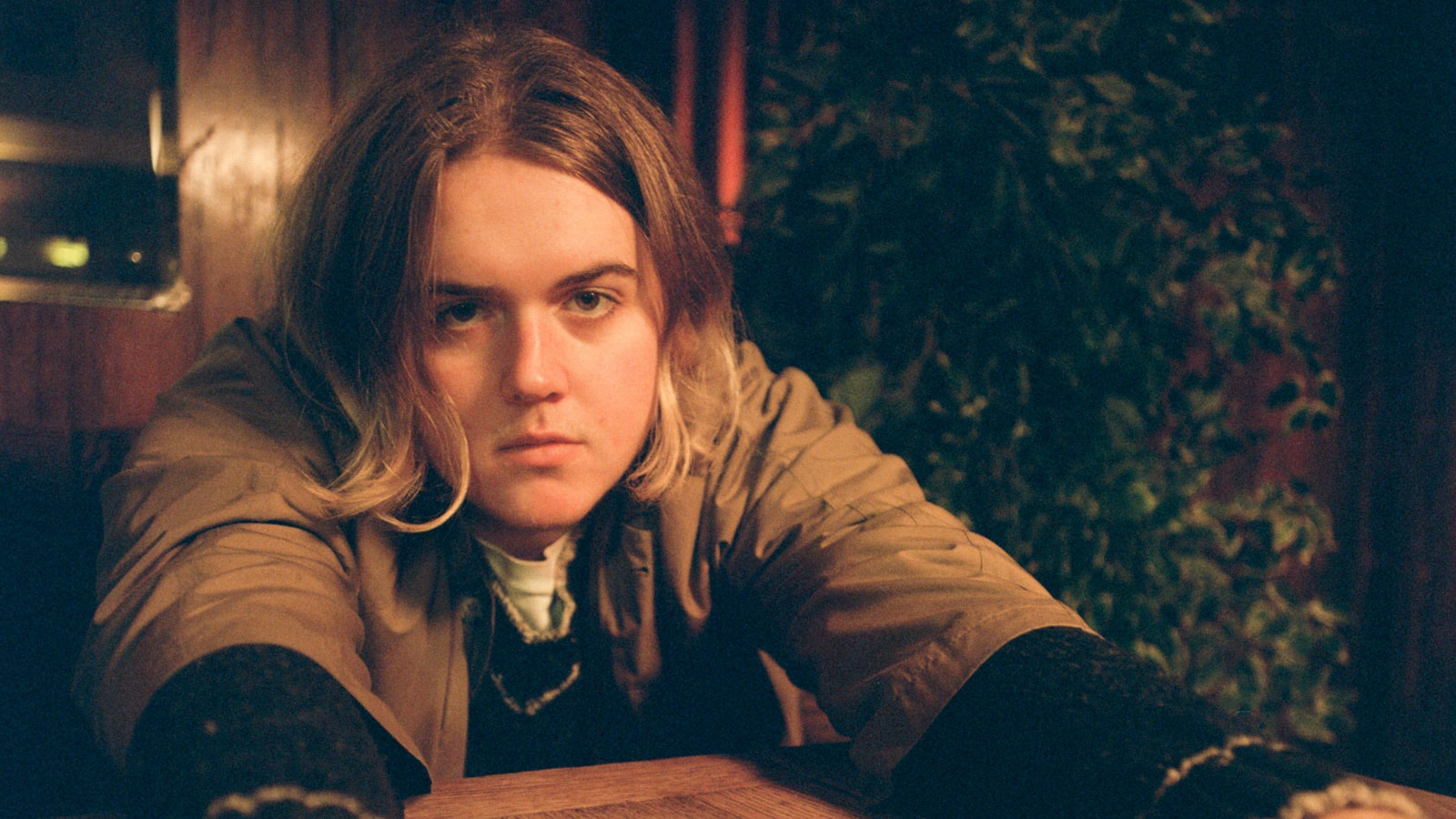 Recent years have seen singer-songwriter Oscar Lang naturally transcend into a psychedelic pop master, as clearly evident on is new album Hand Over Your Head. Don’t miss the chance to see Oscar and his band live, plus support from Molly Payton at Manchester’s Deaf Institute on 19 October 2021.

For Oscar Lang, playing music has always been his way of making sense of the world around him. Since childhood, his love of sound and melody has been a constant, from improvised ditties describing his dinner plate to his beginning piano lessons at just six years old. His mother was a formative influence on his early musical development: a singer herself, she was the first to encourage him to pick up instruments and begin to formalise the creativity he naturally showed as a child.

After she passed away in 2007, Oscar’s father gave him a CD full of her favourite music from the 1980s and ‘90s, and to this day he maintains that version of Deee-Lite’s ‘Groove Is In The Heart’ “engrained basslines into me as a kid”. You can hear that classic dance-pop influence on his work more and more these days: as he continues to explore more sonically expansive territory on his new EP, Hand Over Your Head, which he’s releasing via Dirty Hit in September 2020, his sound is increasingly rich with razor-sharp details, each beat and bassline precisely designed for maximum impact.

Atop those details, though, is the key ingredient for Oscar: pure, unencumbered songcraft. As listeners to his previous work (whether as Oscar Lang or his now-defunct pseudonym, Pig) can attest, his instinctual way with intimate lyrics and smart, earworm hooks is exceptionally affecting and honest; self-produced records like 2018’s Teenage Hurt and To Whom It May Concern are spare, vulnerable things whose potential was realised by the fuller, more confident releases that followed. Silk (2018), bops etc. (2019), and this year’s Overthunk show an artist gradually coming out of his shell and experimenting with a wider range of sonics and approaches.

Even by his fast-evolving standards, Hand Over Your Head marks the most significant step forward yet for Oscar Lang. It’s the first record on which he’s focused on recreating the experience of his live show, and the arrangements are richer, the tempos snappier, the melodies even more infectious than before. The psychedelic rock influence – for which he cites the likes of Beck and Babe Rainbow as key touchstones – that’s often fringed his previous output is finally brought into the foreground. Compared to much of his work, this is Oscar’s most energetic, transcendent release yet, although he’s keen to point out that this isn’t so much of a radical departure for him as a natural evolution.

“I’ve been writing music like this for years now,” he says. “There was a song on my last EP [Overthunk] called ‘Flowers’, which is a bit like that, and I’ve been playing it for a good year and a half. There’s also a song called ‘Drinking Wine’ on the new EP we’ve been playing ever since we put the band together a couple of years ago. It’s always been there.”

Something that is genuinely new for this EP, though, is the studio presence of his band members. Having previously done most of the writing, recording, mixing and mastering alone in his South West London bedroom, Oscar seems genuinely exhilarated by having his bandmates join the production process for Hand Over Your Head. Hastily pulled together from friends-of-friends and an advert “on some weird, Craigslist-style site”, the band gelled even more quickly and easily than Oscar had imagined, and now this former bedroom producer enthuses that playing live with these guys (Daniel Bath, Alex Baldwin, Eric Petsopoulos and Mac Luis) is “his favourite thing to do in music”.

Working with co-producer Rich Turvey (Blossoms, Cabbage, The Coral) has also made a big difference this time around, allowing Oscar to try out all kinds of ideas which he’d been mulling over for some time, but had never had the equipment or specific knowhow to bring to life.

That’s not to downplay Oscar’s considerable talent as a producer, though. Although his initial musical skills were honed on the piano, he quickly learned how to use recording technology once he was exposed to it at school, starting out with simple, loop-based compositions on GarageBand and gradually building up to full-scale audio production. When he changed schools for sixth form, his creative interests and musical tastes having made him something of a misfit at his all-boys Catholic secondary (“Everyone else was into grime – it wasn’t a pleasant environment for someone who puts Imagine Dragons covers and Minecraft playthroughs on YouTube”), this production nous led him to strike up what would prove to be a fateful collaborative relationship with fellow Dirty Hit signee, Beabadoobee.

Initially, they came together to shoot a music video, Bea’s boyfriend being a filmmaker, and Oscar having a song (‘Teenage Hurt’) for which he wanted some visuals. He’s still gutted that the video never came out – “it was a really professional shoot, we got up at like 3am…” Oscar repaid the favour by recording some of Bea’s new tracks at his home, the first of which was recorded in two takes. That song, ‘Coffee’, is now one of her most-streamed tracks, and its central refrain (taken from that session with Oscar) forms the key sample in Powfu’s ‘death bed (coffee for your head), has just spent ten weeks in the Official Top 10 Singles Chart. Not bad for a couple of teenagers taking an afternoon in a bedroom studio.

For all the pace and excitement of his rise, Oscar Lang has remained fundamentally the same underneath throughout: precociously talented, restlessly creative, and relentlessly self-deprecating. As with many artists who grapple with more serious subject matter in their work, his in-person levity and warm sense of humour somewhat grant Oscar license to express more difficult ideas in his art, without their weight dulling the impact of his sprightly hooks and crystal-clear production.

“I suffer from quite bad anxiety,” he says, and recounts the periods at school during which he felt isolated from many of his peers. “I really cared what people thought of me, and it hurt when others took the piss. But now I’m older, I’m doing what I’ve always wanted to do, and I don’t care anymore. I don’t think any of that stuff matters.” He pauses. “But now, it is nice when people say my music’s good!”