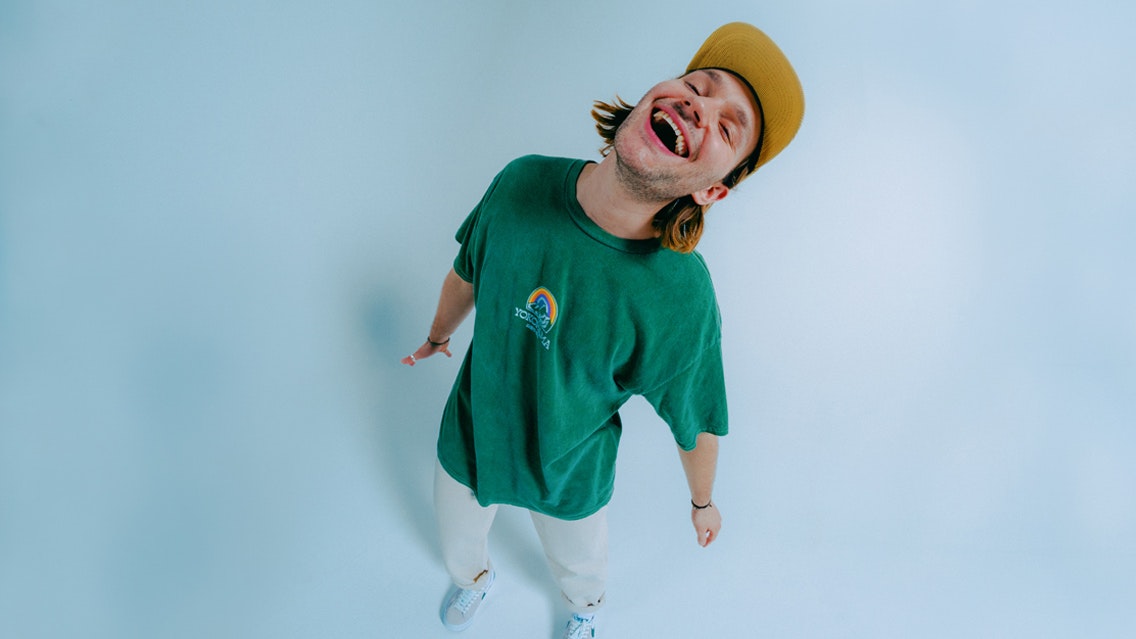 Jack Cullen has announced a Manchester show for September!

Seeing the positive in a negative is central to “It Doesn’t Matter,” Cullen’s first official solo single. “It doesn’t matter,” with its addictive hooks, uplifting pop sound, and good vibes outlook represents him perfectly. “I want to look on the bright side of any situation. Love, friendship, heartbreak. Anything that happens is just part of your story so let it happen,” he explains. “It’s leading you to where you want to be.”

Having recorded a demo version of the track he thought it needed a little extra something and sent it to The Roots, as a longshot, to see if they fancied working on it. Questlove and the rest of the band loved what they heard and jumped on the track. He understandably describes this as “pretty surreal and amazing.

The Roots aren’t the only people who were bowled over by “It Doesn’t Matter.” A snippet of the track was used by lofi rap producer Poetics for the hook on “Spilled My Coffee,” a recent collaboration with rappers Snøw and Rxseboy, chopping Cullen’s voice into new shapes and putting a different spin on his upbeat sound. Remixes of this version from Allday and Honne soon followed, picking up over 1.5M streams collectively. It speaks to the artist’s versatility that he can jump from intimate acoustic songwriting to working with hip-hop royalty and be accepted into the lofi rap scene, a community united not by geographical location but musical innovation.

Connecting with people online is one thing but Cullen is a romantic for the live experience, no surprise for an artist who cut his teeth playing live on lively nights in Ireland. “I love getting people in a room and performing for people,” he says. “Whether it’s 50, 500 or 10,000 people, it’s the best feeling ever.” The recent return of live shows has reminded him of what it means to connect with people and talks about the magic between a performer and audience. “The energy in the room is amazing. I want to make people feel how I have felt and fall in love with music. If I’m inspiring a young Jack to fall in love with music then that’s just the best thing.”