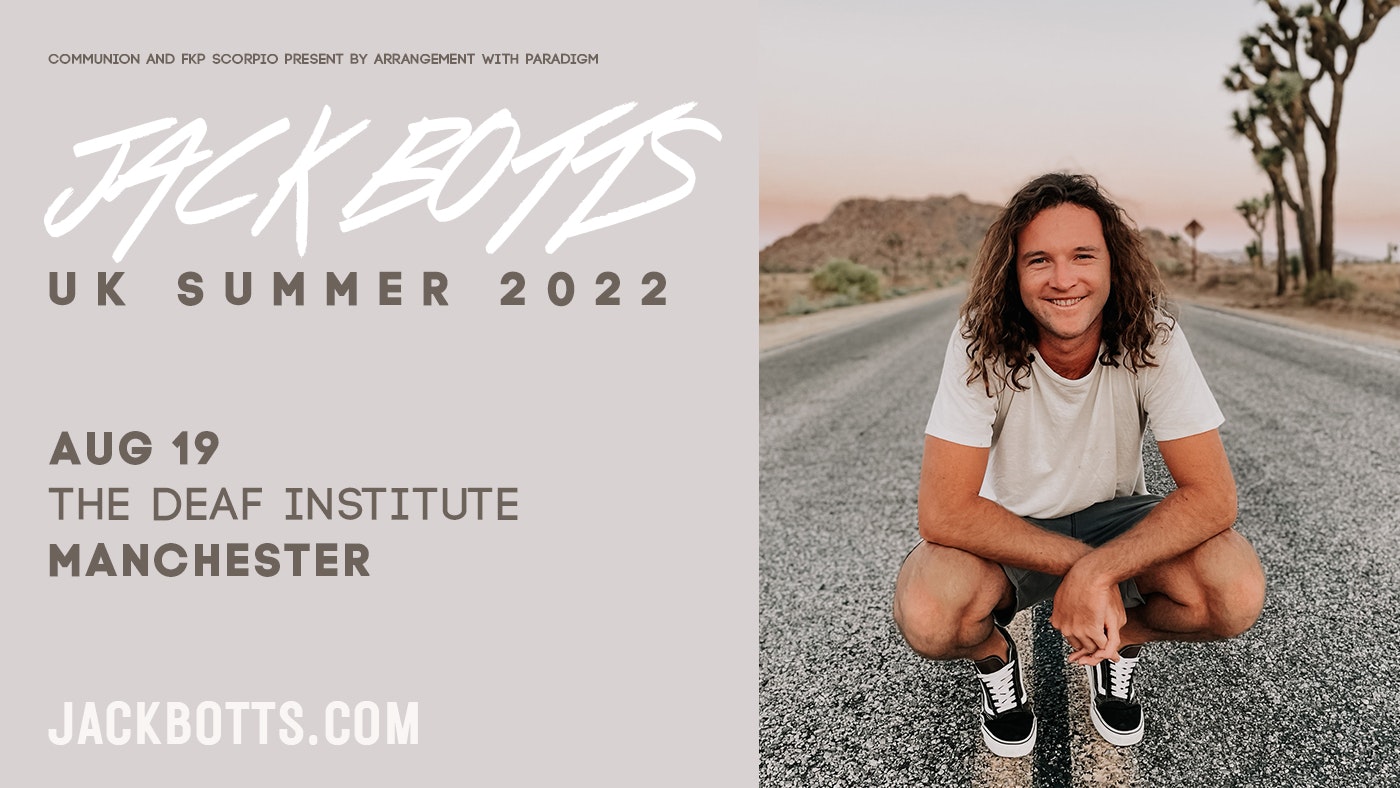 Known for his coastal folk sonic goodness, touring prestige, and a laid-back approach to life in his van, the name Jack Botts is rapidly cementing itself on the Australian conscious.

In just a handful of years on the scene, Jack Botts has gone from chippy-turned-busker-into full-time touring musician and one of the fastest-growing artists in the country on all fronts.

Recently completing a mammoth 40-date Australia tour – which boats over 7,000 tickets sold, a sold-out night at Melbourne’s prestigious Corner Hotel, and 3,000 punters in Victoria alone – he continued his global pursuit with his debut international tour of Europe and UK, selling out inaugural shows in London among other markets.

Elsewhere on the touring front, Jack recently appeared at NYE On The Hill and Ocean Sounds festivals and has just been announced on the Boardmasters (UK) stage, propped up on a huge bill including the likes of Kings Of Leon, Disclosure, The Wombats.

In June 2021, Jack released his stunning six-track Slow Mornings EP, which has gone on to clock a whopping 5 Million streams and draw press attention from the likes of Rolling Stone Australia, The AU Review, Pilerats, Like Velvet and more. Its singles including ‘18th Floor’ and ’Slow Mornings’ have each enjoyed long-standing rotation on triple j Unearthed and additions to high-level playlists including Chilled Afternoon, Summer Waves, Slow Dancing in the Living Room, Coast to Coast, Coastal Folk and Acoustic Chill.

On the back of Slow Mornings, Jack released his live record Live At Miami Marketta, spanning 6 tracks recorded live from the Gold Coast’s Miami Marketta (a personal favourite venue of the Brisbane-native) alongside a never-before-released fan favourite called ‘Ooh La La’.