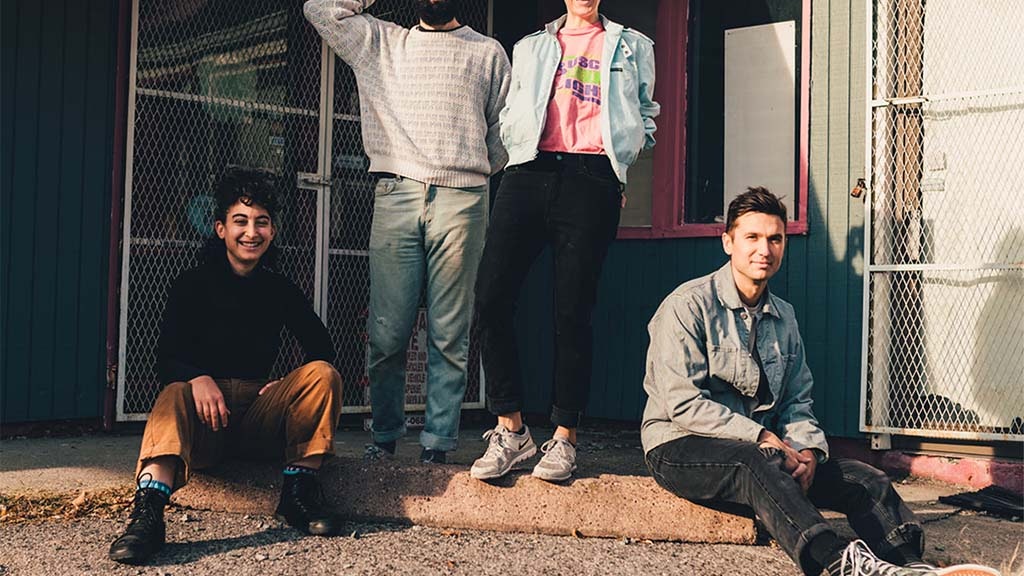 FUTURE TEENS make their UK debut with a 3 date tour in June. Tickets available Friday 10th January at 10am via www.gigsandtours.com. While FUTURE TEENS may make you feel less alone, in most cases they will not physically be present during your listening. FUTURE TEENS formed in 2014 with little aspiration outside of playing a Fourth of July BBQ. In the subsequent years the band wrote and released more songs, steadily growing more serious about their goals. In 2017, they released HARD FEELINGS with TAKE THIS TO HEART RECORDS and followed it up with 2019’s BREAKUP SEASON with TRIPLE CROWN RECORDS, garnering attention from Stereoboard and Attwood Magazine. They recently accompanied The Wonder Years in the US. Use of FUTURE TEENS may lead to random and frequent crying punctuated with strangely joyful laughter.

FUTURE TEENS will also be joined by pop four-piece Snow Coats, who also supported Pinegrove on the 2019 EU tour and opened for Sea Girls. In 2020 Snow Coats signed to UK based label Alcopop! Records and released the Pool Girl EP. Already burrowing their way into the ears and hearts of UK fans with alarming speed, the Pool Girl EP received support from CLASH, Rock Sound and DORK Magazine and received spins from Radio X’s John Kennedy and BBC Radio One’s Jack Saunders