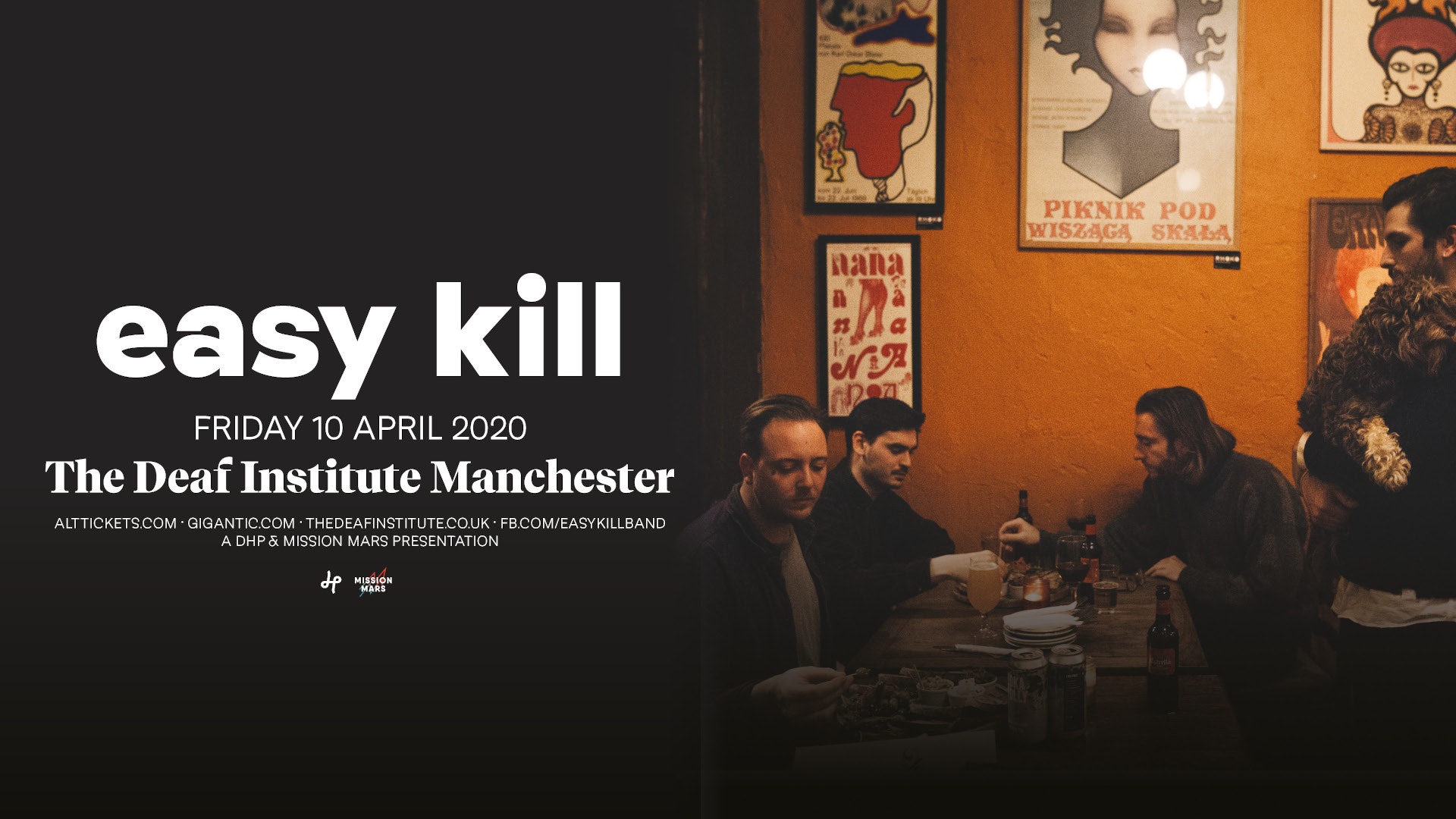 Manchester’s Easy Kill headline Deaf Institute in the build-up to the release of their second album, ‘Slow Release’, due out this year! Tickets are on sale 10am Friday 24th January…

Having previously released two EP’s and a self-produced debut album to critical acclaim, glowing reviews (NME, DIY Magazine The Guardian) plus national radio play, they’re about to deliver their boldest work yet.

Their songs are rich and melodic; gently building to delicately capture the clarity and catharsis within the words of frontman Theo Tobias, who explores the internal thoughts we all share, while laying himself bare.

For fans of The National, Big Thief, Death Cab For Cutie, Grizzly Bear, and Anthony & The Johnsons.