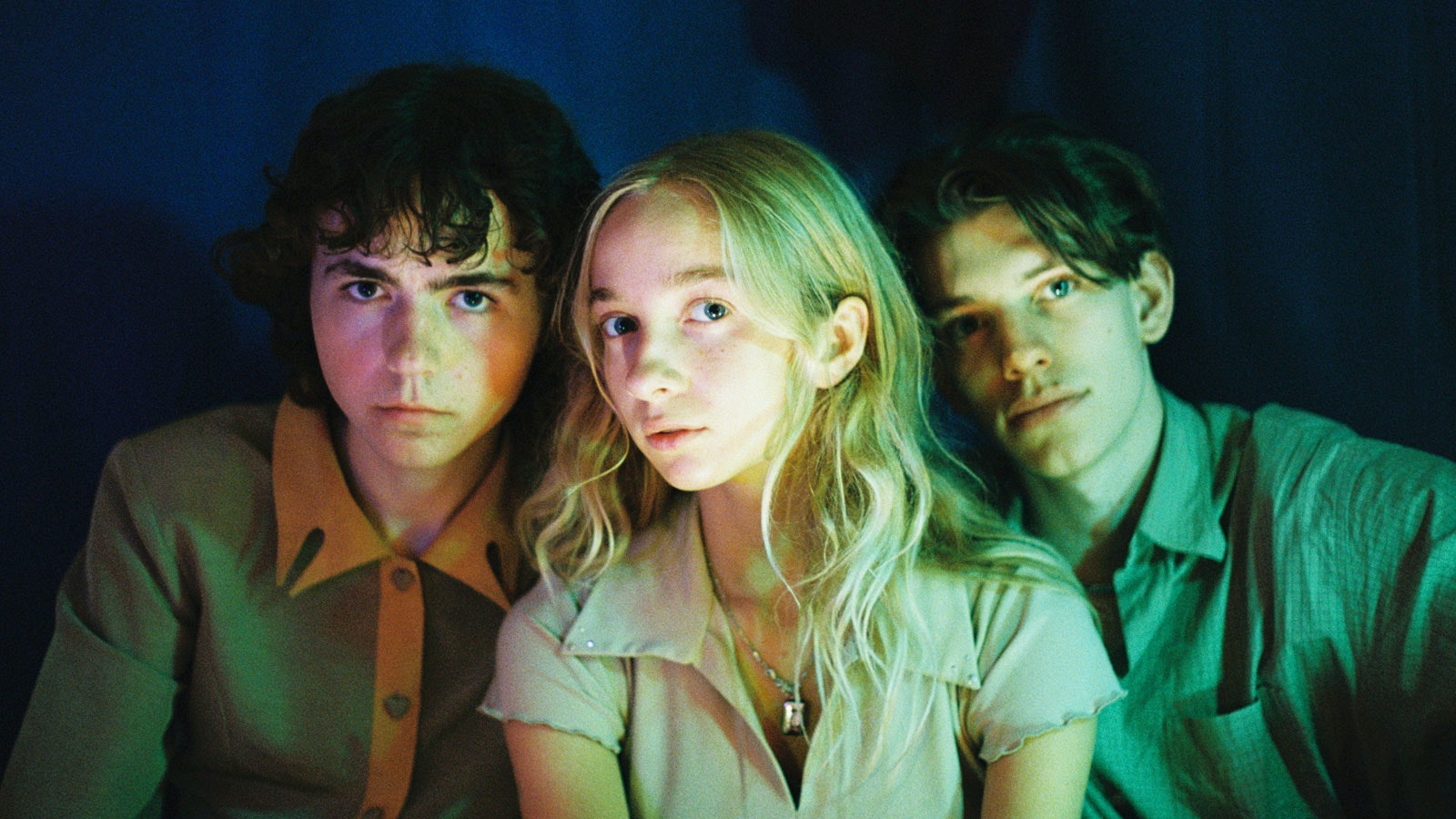 Drug Store Romeos are hitting the road to celebrate the release of debut album The World Within Our Bedrooms and coming to Manchester’s Deaf Institute on 15 November.

When Drug Store Romeos first got together they would spend long weekends writing songs together in their teenage bedrooms. It was a joyous period and one they never wanted to leave. In many ways they haven’t. The bedroom days came soon after the group formed following Charlie Henderson and drummer Jonny Gilbert pinning an ad on the wall at their college looking for a bassist. Sarah Downie replied and, despite not playing bass, was welcomed into the fold. Not only did the time spent in their bedrooms result in new music, mainly pulled from long, zig-zagging jam sessions, the three also became friends while shut away from the rest of the world. Holed up in the commuter town of Fleet, a commuter town perhaps best known for those who have passed through it rather than making a home there, they’d trade stories, share obsessions, and pull up beloved YouTube clips. A band and new friendships formed in real time. Naturally, by the time they came to record their debut album, all three members of the band were keen to hold onto that wide-eyed energy for as long as possible.

Submerged in an existence of their own creation, Drug Store Romeos have carved something extraordinary from the mundane. A testament of youth and adventure, debut album The World Within Our Bedrooms is an escape from mundanity and proof that art will always open a door for those looking to escape. At a time when reality bites harder than ever, who would deny anyone the pleasure of that?

The World Within Our Bedrooms is out now on Fiction Records.