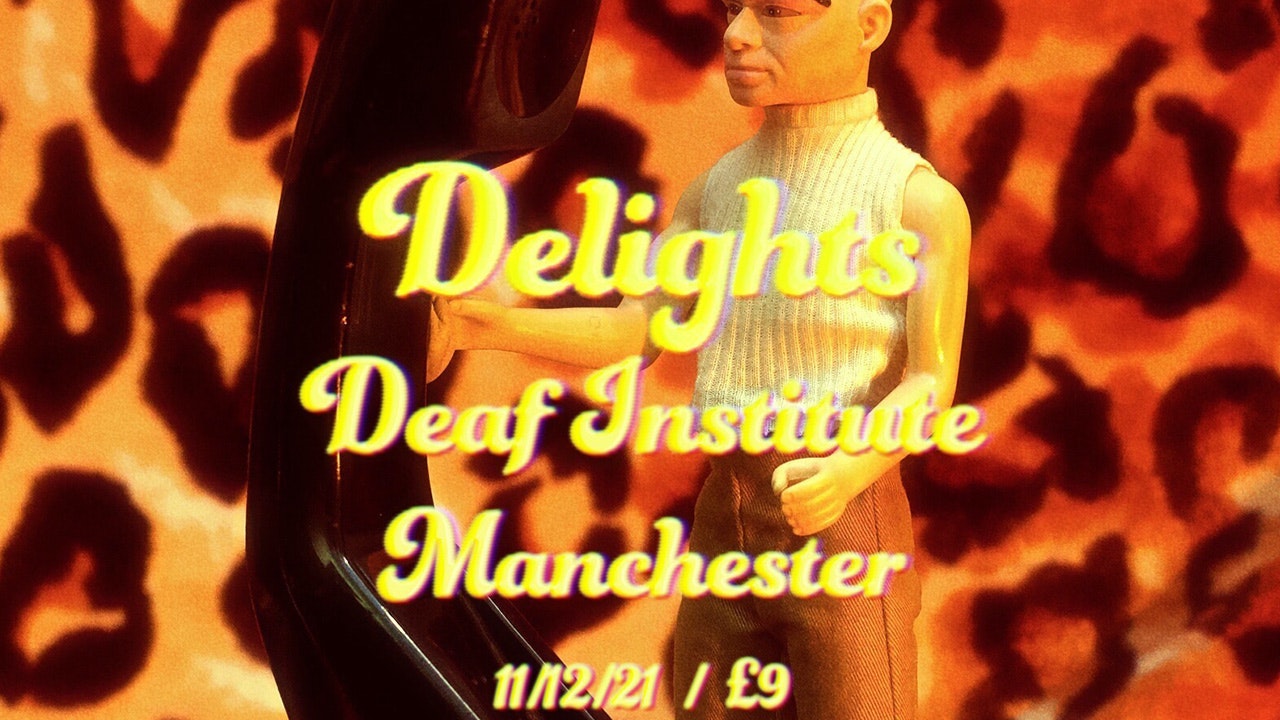 Based in Manchester, 4 piece indie band Delights formed in 2017 having previously been in bands together in high school. Adam Maxwell (Vocals), Ben Kirkland (Bass Guitar) and Ben Squires (Lead Guitar) enlisted Leo Willis on drums having all joined the same college in Northwich. The same year Delights released their self-titled debut EP. Inspired by an every growing catalogue of music ranging from Kula Shaker to Chaka Khan, the band merges their own musical tastes into a blend of dreampop with hints of classic indie rock, dubbed as “kaleidoscopic guitar janglers”.

2018 saw the release a number of singles including Jungle, Naked Heart and Sun Visor. The band began to attract a small following to their shows around the country as they embarked on several UK tours. In 2019, Delights continue to push their musical adventure, releasing tracks Daydream, Sometimes Lately and most recently Paradise. They continue to sell out headline shows in Manchester and have an ever growing audience.