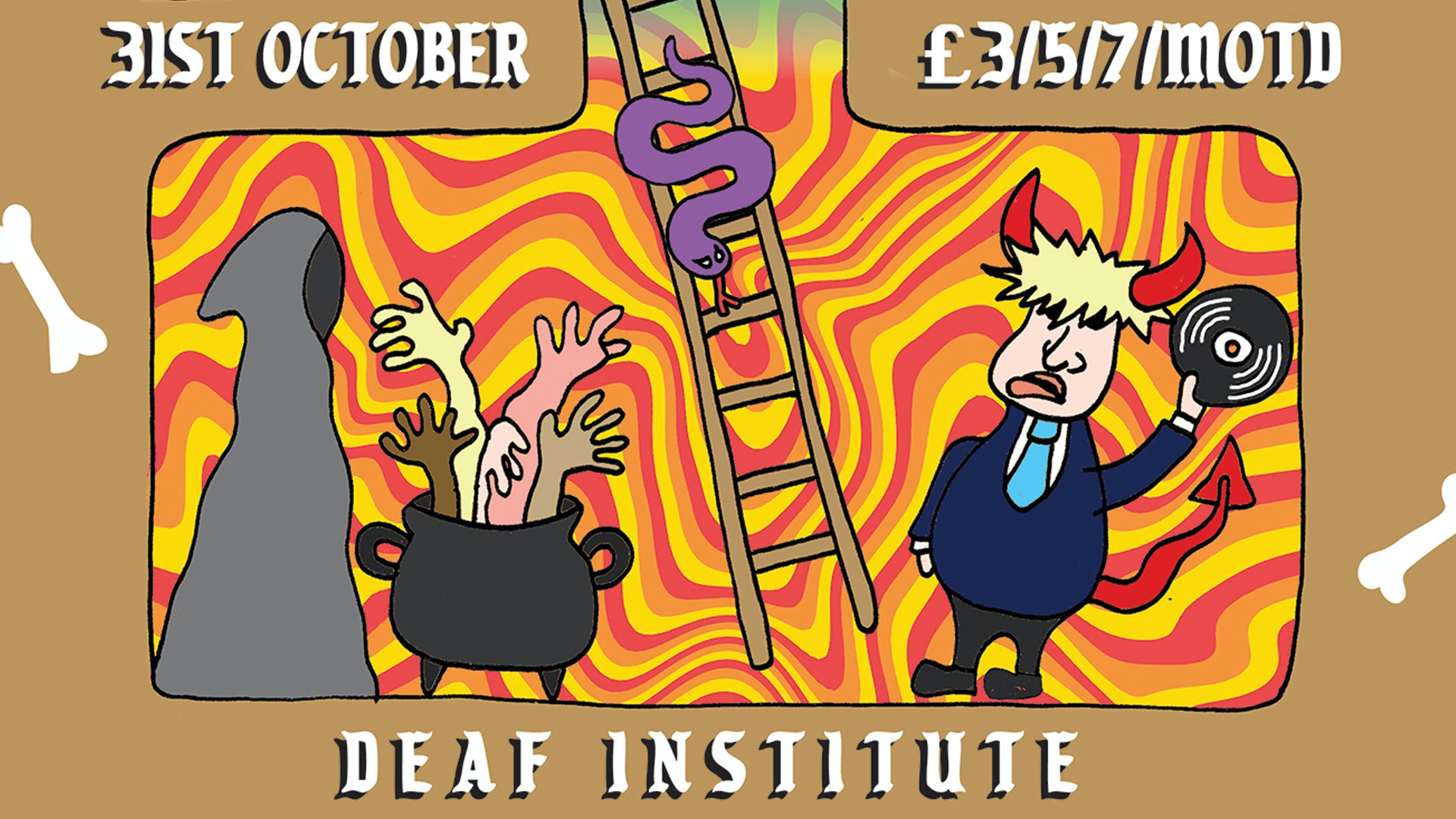 The Bombard family are back with a special edition spoooooky halloween session…We welcome you to transcend through the realms of Heaven, Earth and Hell… at your own peril!! 💀🎃🔥😇👼

Bombard Groove will be transforming The Deaf Institute into an immersive experience… expect the unexpected! From fetish robots in the dungeons of hell, to cherubs and heavenly disco dancers in the paradisiacal promised land featuring our very own roaming performance artists. This is not a party for the feint hearted.

🔥🎃THE DUNGEON OF HELL 🔥🎃*powered by Bombard Sound*

L-plates who has just made her Manchester debut will be shellin’ dancehall and dub influenced bass bangers.Red Eye Hi-Fi have been pioneering the scene since 2009 as a regular face in the cities vibrant bass music community. His recent release from NICE UP! records ‘kung fu’ feat. Lady Ice marks the build up to his debut album after a booked up summer playing festivals all over the country including Boomtown.

The heavyweight dub producer and selector from Leeds will be honouring us with the finest variety of dub oriented sounds. As part of Iration Steppas Chakra Steppa has been honing his productions and selections with some of the finest in the scene. Expect exclusive VIP’s, unreleased productions and plenty of Iration worthy bass weight.

💣 Guy Thoughts B2B Finnian. 💣Our accomplished residents will be the two angels sent from the big man himself to provide you with the most heavenly of sounds. Expect an eclectic and uplifting selection of Funk, Soul, Disco and House vibrations from all around the world.Between the two they have a wealth of experience including appearances at Latitude and Electric Picnic festivals, supporting the likes of Maribou State and Greg Wilson, not to mention their sets as Bombard Groove. A guaranteed mixture of the classic and the obscure, the weird and the wonderful with some surprises and unreleased gems for good measure.

we want to see everyone in their most outrageous halloween outfits. Impress the bombard judges enough and you could win the best of the best prize: free guest list to future events! (we got some corkers planned!)