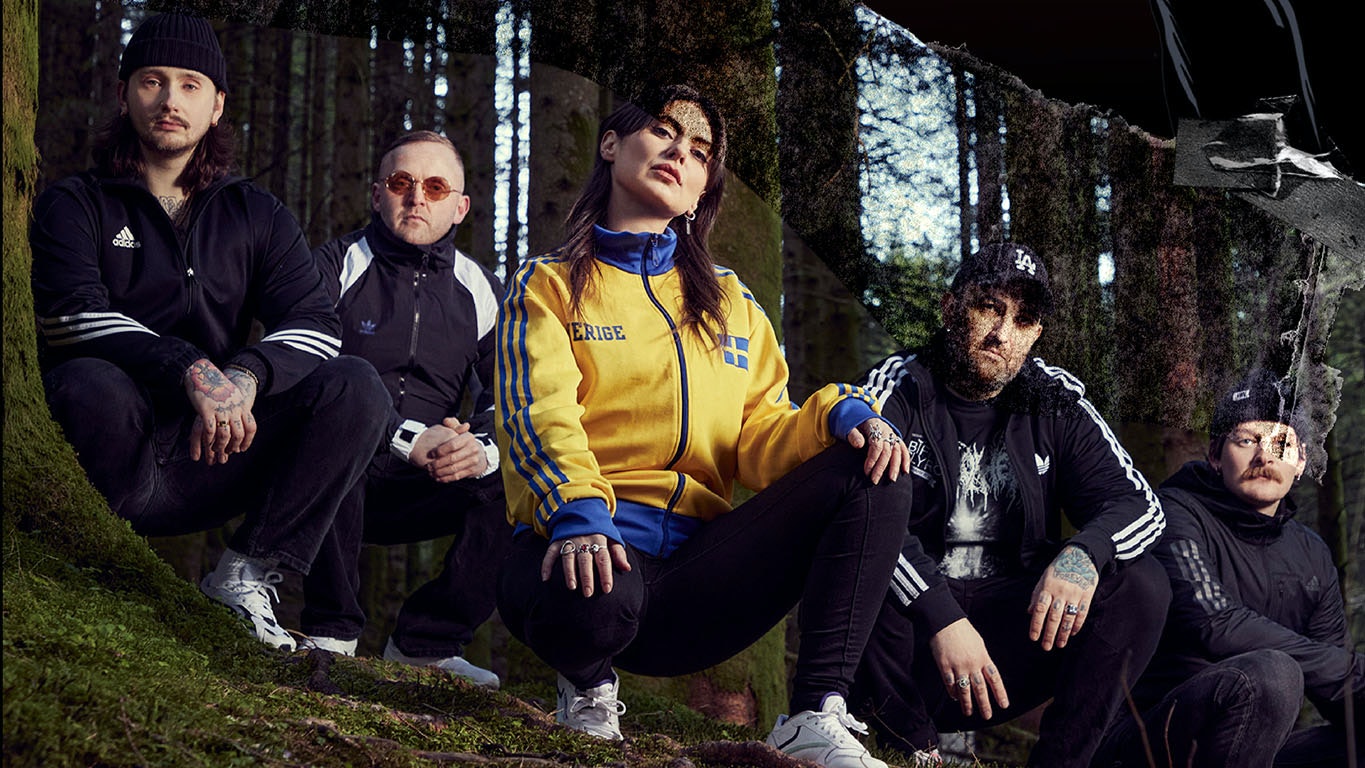 Blood Command against the world. It is these five words that Yngve Andersen and Nikki Brumen live every moment; the mantra that guides Bergen, Norway’s “death pop” quintet spiritually and sonically, and which forms the soul of their fourth full-length record, Praise Armageddonism.

“A lot of Blood Command’s music thematically draws on the Heaven’s Gate movement,” vocalist Brumen begins, referencing the sect that began in the 1970s and ended with the mass suicide of 39 members in 1997. “A lot of people refer to it as a ‘cult’, but they called it a religion. Heaven’s Gate, which was headed by Marshall Applewhite, believed they would ascend in a space ship and leave the planet together. Blood Command’s music explores the theme that if you’re with us, you’re with us until the end.”

Blood Command have in recent years developed their own ever-growing and fiercely loyal following – who Brumen and guitarist Andersen refer to as the “Awake Team” – through three preceding full-lengths of hook-laden punk laced with an alternative pop sensibility. Ghostclocks, its follow-up Funeral Beach and third album Cult Drugs also earned the band ever-increasing critical acclaim to match, too, and projected Blood Command onto sharing stages alongside the likes of Refused, Gallows, Biffy Clyro, Kvelertak and more.