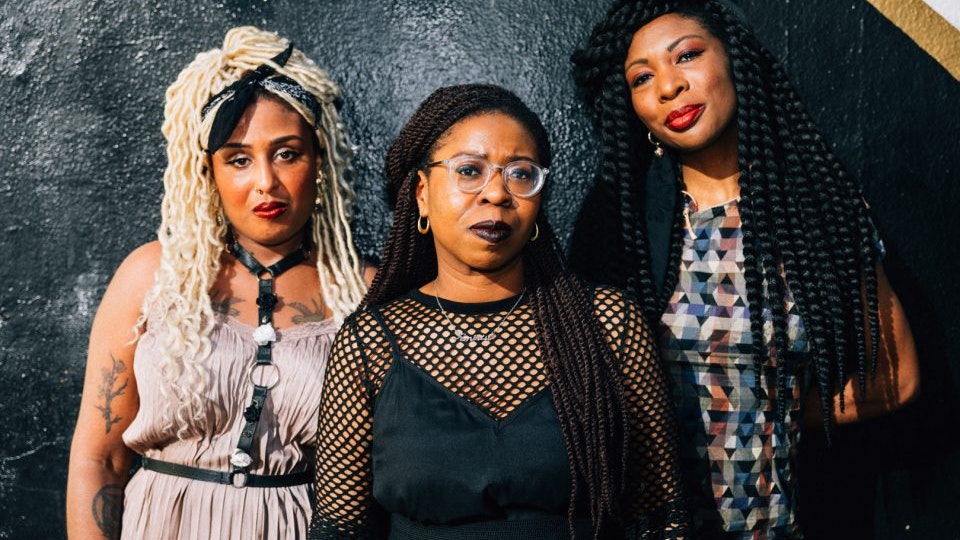 Big Joanie are a Black feminist punk band whose passionate live shows and punk rock ethos have led to them becoming one of the most talked about bands on the UK live scene.

The band formed in the heart of London’s DIY punk scene in 2013 and acts as a space where its members (singer/guitarist Stephanie Phillips, drummer Chardine Taylor-Stone, and bassist Estella Adeyeri) can be completely themselves as black women.

Championed by BBC 6Music, Rolling Stone, Pitchfork and Brooklyn Vegan, Big Joanie are a London-based Black feminist punk band who combine the fury of nineties riot grrrl with synth-heavy post punk. Following their 2018 debut album ‘Sistahs’ on Thurston Moore and Eva Prinz’s label Daydream Library Series, the band secured a coveted run of support slots playing with Bikini Kill, Gossip, Sleater-Kinney and IDLES. Ahead of their second album, set to come out on Daydream Library in the UK and Kill Rock Stars in the US, Big Joanie are ready to bring their unique brand of feminist punk to the entire world.