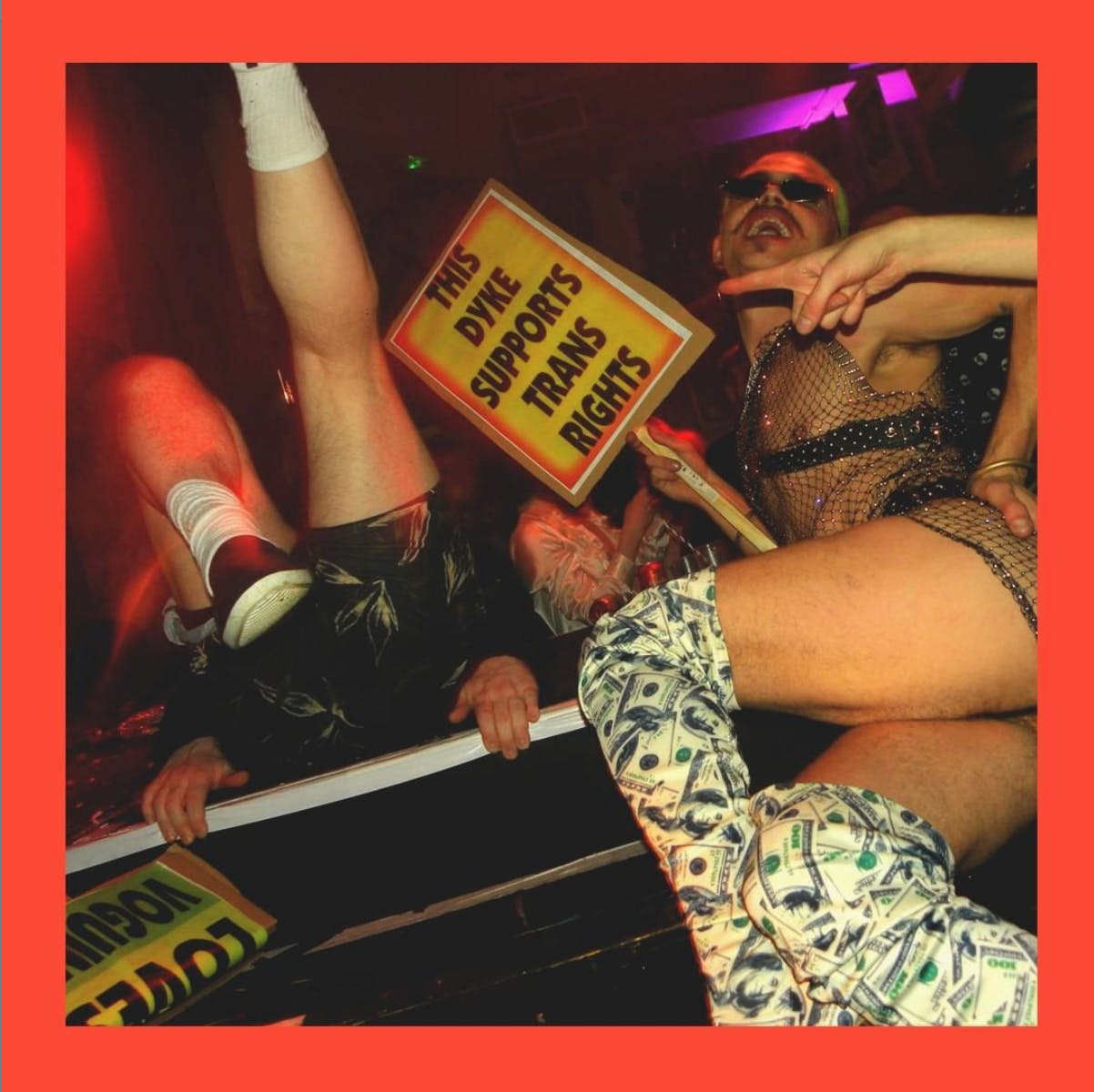 This Saturday night we’re welcoming back Bollox, our iconic LGBTQ+ club night. As always you can expect six hours of bangers, glitter, protest signs and the chance to celebrate who you are. To get you in the mood, we’ve put together a couple of tracks for the pre-drinks playlist mostly from more recent, LGBTQ+ identifying artists. Whether you’re a masc lesbian or a drag queen, there’s a tune for everyone.

As well as presenting Drag Race, iconic drag queen RuPaul has released several albums. This track is guaranteed to get you dancing, with ’80s inspired electro beats and casual reclaiming of a derogatory term. What more could you want in a song?

Whilst lead singer Olly Alexander is openly gay, most of the band’s lyrics relate to more general life situations however he made the decision to write a more explicit song about his sexuality. It was inspired by a relationship he had with a straight man so if you’re looking for a song to help you drop some serious hints, this is the one.

With an acoustic guitar accompanying her mellow voice, queer artist Kehlani sings about falling for her lover. Show how much you love your friend or partner by serenading them with this perfect soulful tune.

Originally written about George W. Bush but the snarky lyrics are unfortunately still relevant in politics today. It’s been adopted as a gay anthem because Lily calls out homophobia specifically in the first verse. As you sing along, you get to kill two birds with one stone by trashing the government and homophobia.

From Disney star to “Lesbian Jesus”, as her fans like to call her, Hayley has had arguably one of the best character transformations. This is the perfect electro-pop tune to celebrate who you are and how much you love girls.

Struggling with unrequited love? Frank has been there and he’s got the perfect track to help you get through. If you’ve never tried to work through your feelings by using characters from Forrest Gump over a hip hop beat, we highly recommend it.

There really is a song for every occasion in this playlist. This one was written for when you’re nervous to come out to your mum so you take her out drinking for some liquid courage and hope she reacts positively after three margaritas.

The ultimate, punk rock protest anthem for transgender people who are struggling in the face of discrimination. Transgender singer Laura Jane Grace wrote it to let those who are feeling alone in their struggle that she relates to and supports them. Plus she burned her birth certificate on stage in case you needed further convincing that she’s a badass.

Brendon Urie wrote this song about a time he came between a bisexual girl and her girlfriend. It’s the go to song for bisexuals as it’s more focused on being proud to call yourself bisexual, rather than polyamory. Also Brendon is naked in the music video. Fully naked.

This is the perfect track if you want to sing proudly about gay sex but still want to keep it subtle. It’s full of nature metaphors which are actually describing the loss of virginity but they’re discrete enough that no one will be any the wiser if you start belting out the lyrics.

Remember to buy your tickets to bollox here