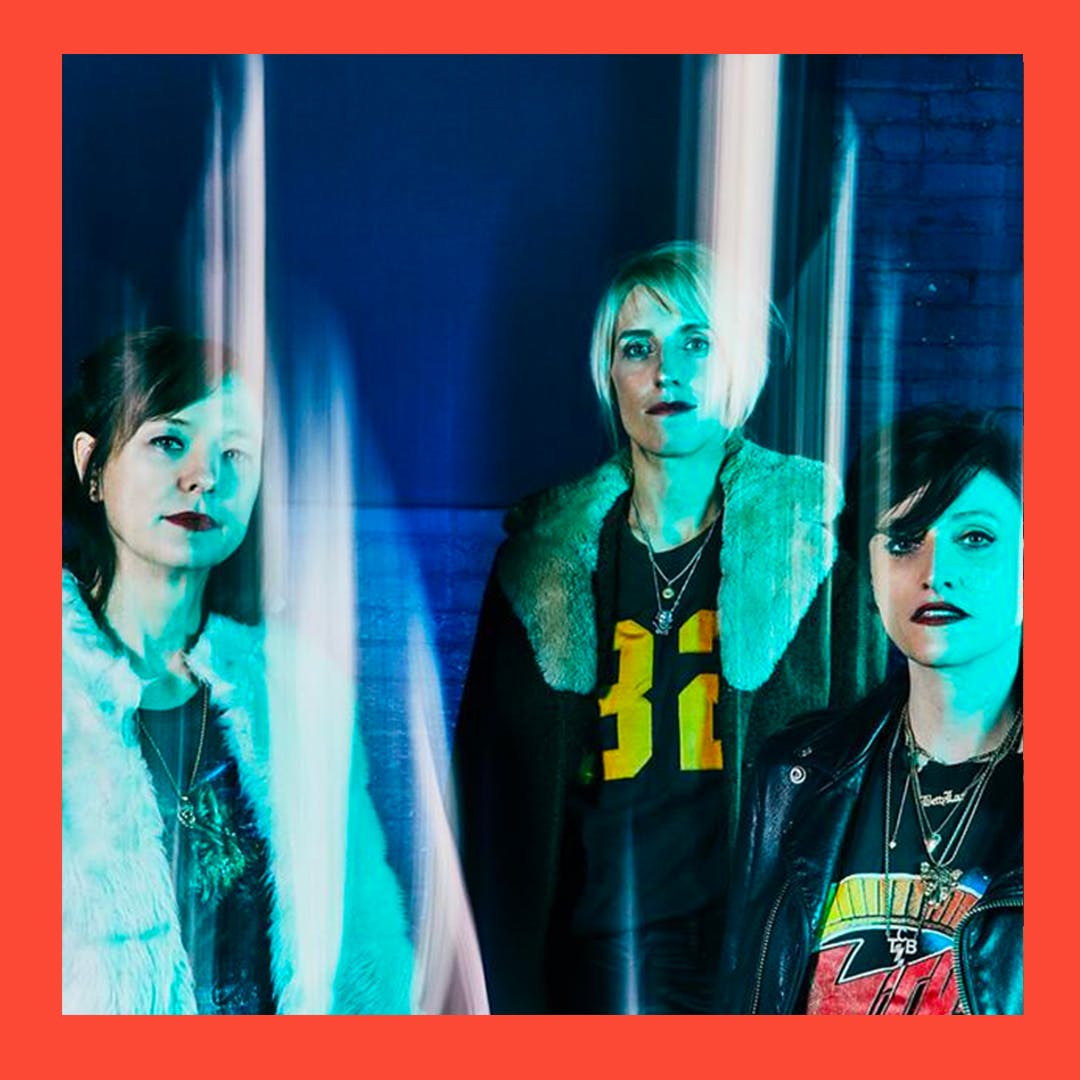 We’re eagerly awaiting 25th of May for D.C based trio Ex Hex to bust through the doors in a flurry of leather jackets and heavy guitar hooks. To show our appreciation, we thought we’d give you the rundown on their latest album.

It’s difficult to pinpoint exactly what genre It’s Real fits into. With its peppy beat that wouldn’t sound out of place blaring from an ‘80s teen’s prized cassette to its energetic, garage rock riffs, Ex Hex have shown themselves to be a band with an eclectic style. This comes as no surprise given front member Mary Timony’s background in Wild Flag, which played predominantly post-punk.

Following Wild Flag’s breakup, Timony wasted no time forming Ex Hex with bassist/singer Betsy Wright and drummer Laura Harris. She ditched the heavy bass for passionate solos and neon lights and Ex Hex released their debut album Rips in 2014. Rips featured those familiar dynamic melodies and heavy hooks, which are still prevalent in It’s Real. They haven’t strayed away from their roots but their sound is distinctive enough that it still feels refreshing a second time around. The production is smooth but not perfect. It sounds like it was composed with skill but with the intent to give the album an edgier tone, rather than aiming for a flawless result.

What really makes Ex Hex stand out is that they don’t fall into patterns that can be hard to avoid. They sing about frustrating men letting them down without the message being bitter or hopeless. They’re influenced by the ‘80s without relying on nostalgia to sound good. Their tone is upbeat but powerful without being sickeningly sweet. We couldn’t be more excited to pull out the glitter and see them perform next Saturday and hopefully we’ll see you there too.