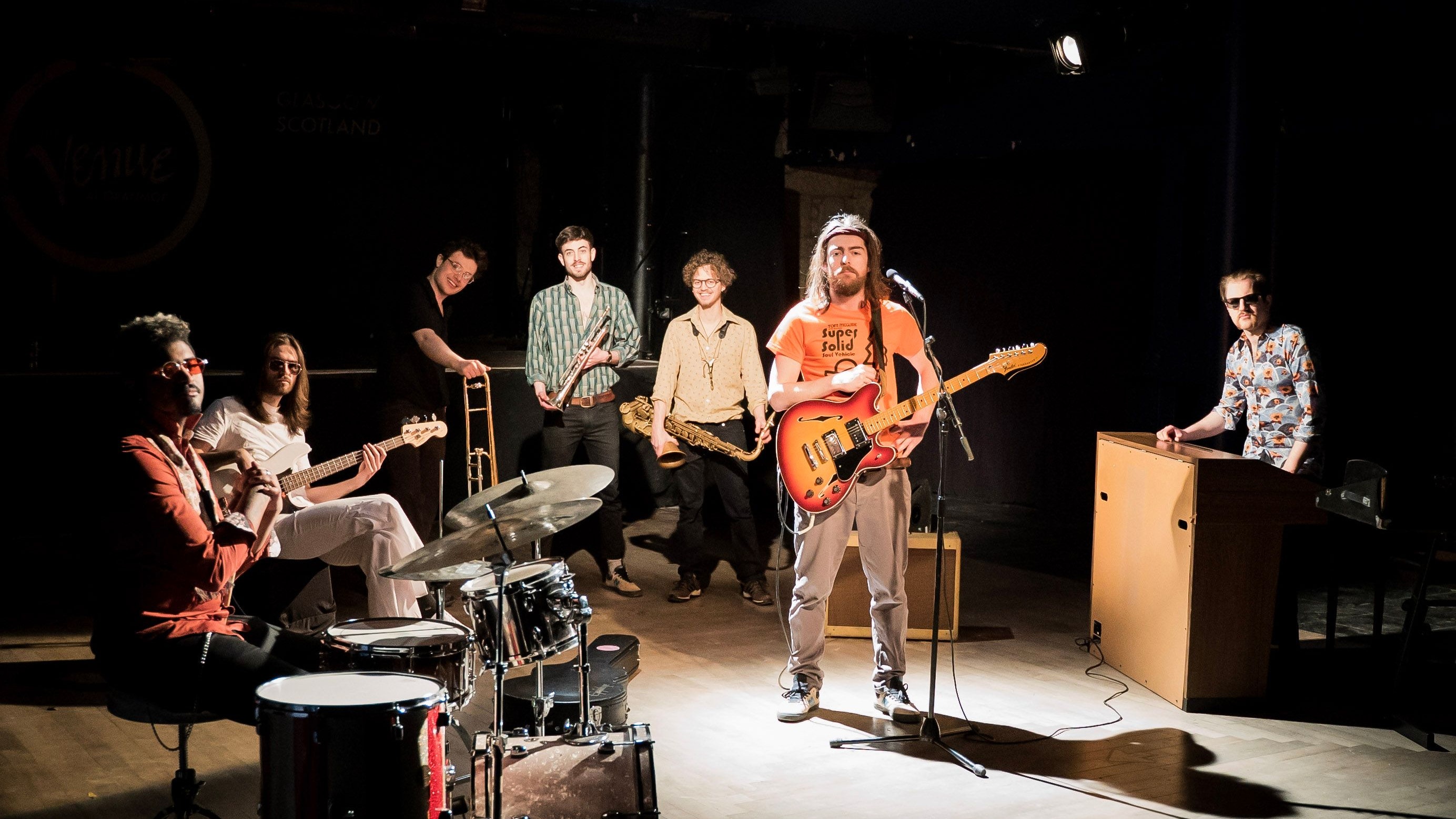 Tom McGuire & the Brassholes are a funk soul powerhouse from Glasgow. Combining rich arrangements with meticulous songcraft and untouchable in live performance, the band is carving a niche of their own. Following the success of their 2019 debut album, the group is ready to enter into an exciting 2nd phase.

The band formed busking on the streets of Glasgow and made a living from playing bars before bursting onto the scene with runaway viral debut single “Ric Flair”. Mere months later the band launched their debut album with a sellout show at the 1000+ capacity QMU in Glasgow. Since then they have gone on to secure support slots for Craig Charles and Geroge Clinton, have become a firm favourite on the festival circuit, headlining a number of scottish festivals, and have toured extensively in the U.K and Europe.

The band’s music is full of vitality, the sound of a new niche being cut, classic pop sensibility with high musicianship values and rewarding arrangement and rich production. At the root is soulfull song, telling stories and sharing experiences of joy, turmoil, loss, celebration, sadness, happiness, confidence, frailty. All told hyper distilled and delivered in finely honed funk pop parcels of aesthetic joy. Life is confusing and hard, but music is fun and great, so let’s talk about it whilst at one and the same time, getting down