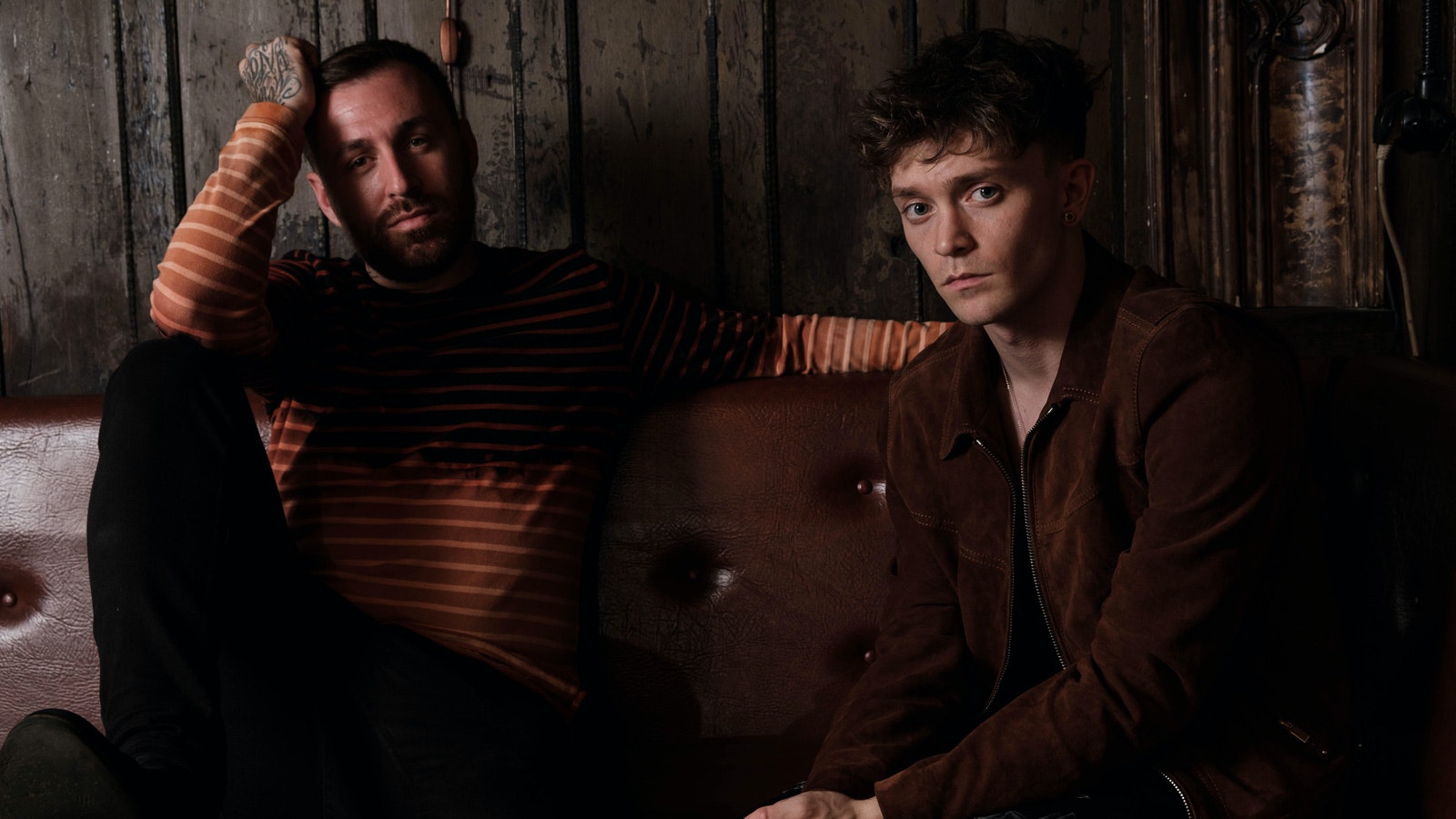 We are so happy to present the first live outings from the exciting new project by The Vamps’ Connor Ball and Cheat Code’s Sasa Macek. The Lunar Year play live at Manchester’s Deaf Institute on Monday 20 December.

No matter the distance, music brings us closer together. Over 1,000 miles separates the United Kingdom from Croatia. The Lunar Year may have been born online, but UK-based vocalist, guitarist, and bassist Connor Ball [The Vamps] and Croatian drummer Sasa Macek [Cheat Codes] brought the music to life the good old-fashioned way—face-to-face. Together, they infuse pop punk with fresh energy and undeniable attitude, igniting a one-two punch of chantable choruses and airtight instrumentation. Now, their 2021 independent debut EP only amplifies the power of this chemistry.

“This project is special to me,” Sasa exclaims. “It isn’t like anything I’ve ever done before. It’s personal, because I can find myself in the songs. The energy Connor and I share is on another level as musicians and humans. We connect in so many ways.”

“We have the same love for music,” agrees Connor. “From playing in different bands, we know the ins and outs of the industry and touring. This is exciting, because it’s something different for the both of us.”

Up until this point, Connor co-founded award-winning platinum pop phenomenon Vamps, toppled charts, and toured worldwide. Meanwhile, Sasa grew up in a family of eleven drummers and holds down the drums for multi-platinum hitmakers Cheat Codes. During the Global Lockdown, Sasa stumbled upon Connor’s pop punk covers on YouTube. He shot Connor a direct message and opened up a conversation via phone, Facetime, and Zoom. “At first, I didn’t think he’d respond because he has so many followers,” laughs Sasa. Together, they cooked up a cover of Machine Gun Kelly’s “forget me too” [feat. Halsey] and kickstarted an unbreakable creative partnership that only exploded once Connor made the trek to Croatia in the summer of 2021…

“We didn’t even meet in person until I got there,” he says. “We agreed on everything though. I’ve been in The Vamps for ten years, and I absolutely love it. However, this sort of edgy punk project is something I’ve always wanted to do.”

They found the perfect partner to record in producer Matt Malpass [blink-182, Machine Gun Kelly]. Now, The Lunar Year introduces themselves with the single “Back For More.” On the track, melodic clean guitar brushes up against an infectious and irresistible chant, “I hate you, but I can relate to you, that’s why I keep coming back, back, back for more.” Anxious vocal delivery rises and falls with a head-nodding beat.

“It’s about people in your life who aren’t good for you, but you keep going back to them like a security blanket,” Connor explains. “It could be an ex or an old friend. It’s just a regression in your life.”

Then, there’s “You Don’t Miss Me.” It examines the push-and-pull of a long-distance relationship, while the intoxicating “Medicine” leans into an airy groove with another immediately undeniable refrain. “Nothing” hinges on introspective lyrics such as “I’m still young, but I miss the days, listening to Blink and thinking twenty-three was never gonna get to me” as the song paints a thought-provoking picture.

“It’s about the struggle behind mental health,” adds Connor. “We’ve had a lot of conversations about anxiety, so the song is a chance to be as open as we can.”

Through being just as open in the music, The Lunar Year might just connect to you as well.

“We’re touching on so many subjects,” Connor leaves off. “They’re not simply straight up love songs or breakup songs. It’s a rollercoaster of emotions. If you feel like shit, we hope we can make you feel better.”

“When you hear us, I hope even if you’re sad, you just start dancing in the room,” grins Sasa. “There would be nothing better.”